Honda Aircraft has delivered the first HondaJet Elite to a Japanese customer.

At a dedicated ceremony at Tokyo's Haneda airport to mark the event, Honda Aircraft chief executive Michimasa Fujino described the delivery as "a major milestone for Honda's aviation business". He says it is the company's "dream to see the HondaJet flying in the skies above Honda's home country of Japan". 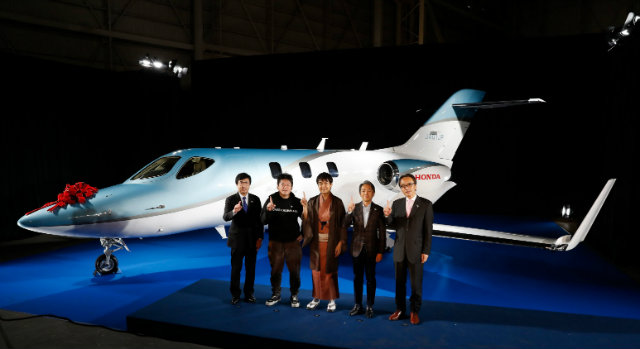 The $5.25 million aircraft has a host of new features, including an auxiliary fuel tank to increase range by 230nm (426km) to 1,440nm, a 45kg (100lb) rise in maximum take-off weight to 4,860kg and a quieter, revamped interior featuring a small galley and a lavatory with a belted seat that can accommodate a fifth passenger,

Flight Fleets Analyzer records a global in-service fleet of 100 HondaJets, and orders for 62 aircraft, including 10 from Japanese customers.