Embraer delivered the first Praetor 600 on 28 June to an undisclosed European customer – and says it is preparing to hand over more of the super-midsize jets over the coming weeks.

The milestone came less than two months after the Praetor 600 had secured US and European approval, becoming the first aircraft to be certificated in the super-midsize sector since the Bombardier Challenger 350 in 2014. 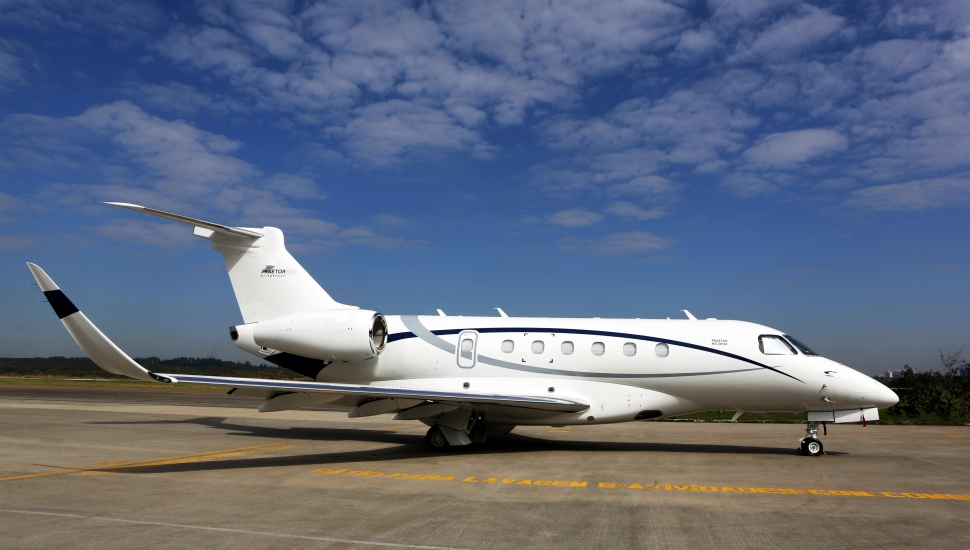 The $21 million aircraft is built on Embraer’s hybrid assembly line in Sao Jose dos Campos, Brazil, alongside the Legacy 500, Legacy 450 and the in-development Praetor 500. The latter, an upgrade of the midsize 450, is scheduled for certification and service entry in the third quarter of this year.

Embraer says production of the Legacy and Praetor models will shift in January 2020 to its facility at Gaviao Peixoto. The green aircraft will be flown to Embraer's US plant in Melbourne, Florida for outfitting.

"The Praetor 600 unleashes the full potential of its platform through industry-leading design, engineering and technology that was yet unseen in the medium cabin class," says Daniel Moczydlower, executive vice-president, Embraer Engineering and Technology.

This refers to the model's full fly-by-wire control with active turbulence reduction, and some "25 patented innovations in the interior design and architecture", which he says "will ensure an industry-exclusive customer experience and raise… expectations of business jets".

Embraer has more than a one-year backlog for the Praetor 600 and is optimistic that the aircraft's strong performance will help it hit its 2019 delivery guidance of between 90 and 110 business jets.

Speaking at the Paris air show in June, Embraer Executive Jets president Michael Amalfitano said the company is evaluating new products that will bring a "strong value proposition" in other business jet segments "at the bottom of the market under the entry-level Phenom 100 and maybe at the top of the market”, to provide a move-up offering into the long-range sector.

The sale to Boeing of an 80% stake in Embraer's commercial aviation unit – scheduled for completion by year-end – will provide the Brazilian company with "net cash of around $1 billion", Amalfitano says, ":which will be invested in areas of growth within the company".