The first Airbus ACJ320neo has entered final assembly in Hamburg, Germany, and is on schedule for delivery to its UK customer, Acropolis Aviation, in the fourth quarter. The Farnborough-headquartered luxury charter company launched the VIP version of the A320neo in 2015, and selected the CFM International Leap-1A engine for the aircraft in 2017. 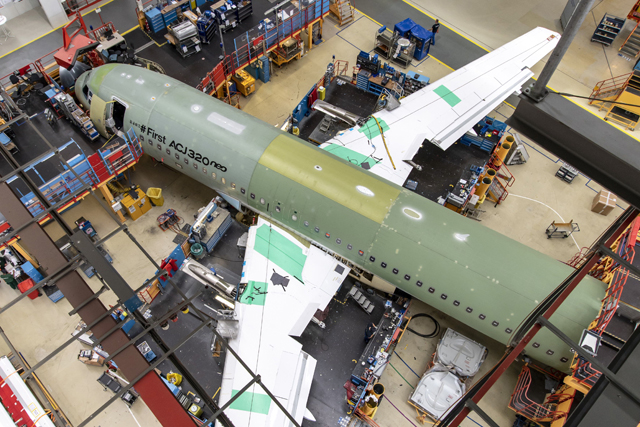 AMAC is scheduled to complete the project with 12 months.

A second ACJ320neo is also due for green delivery at the end of 2018 to an unnamed customer. The aircraft will be outfitted by Comlux Completions in Indianapolis, USA.

Airbus has secured nine orders for the ACJ320neo family, of which three are the smaller ACJ319neo variant. Airbus is aiming to deliver the first example in the second quarter of 2019 to Germany's K-5 Aviation. The charter and management company has appointed Dutch maintenance, repair and overhaul firm Fokker Techniek to outfit the aircraft on behalf of its unnamed owner.

Airbus has more than 190 corporate airliners in service worldwide.