A Gulfstream G650ER, owned by Qatar Executive, has smashed the record for the fastest circumnavigation of the earth via the North and South Poles. 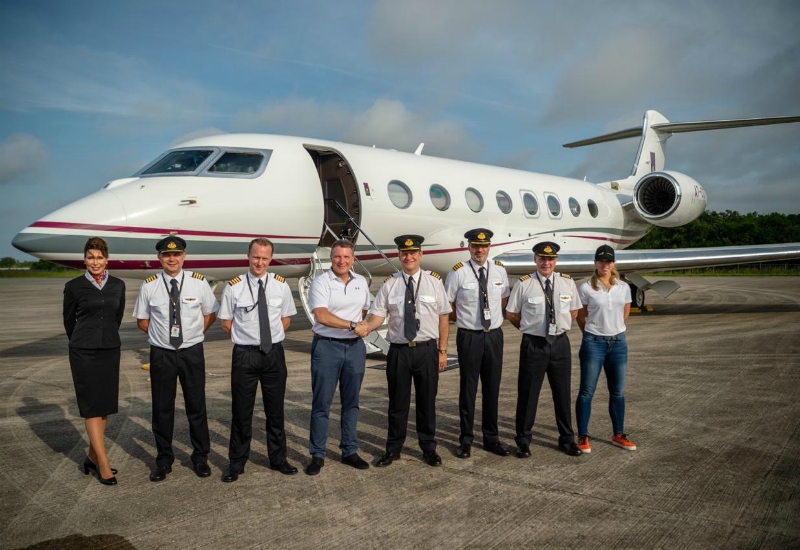 Three brief, half-hour stops to refuel were made in Kazakhstan, Mauritius and Chile.

Hamish Harding, one of the G650ER's eight-strong crew, says the mission, known as One More Orbit, “is our way of paying tribute to the past, the present, and the future of space exploration”.

The previous record was set in 2008, when a TAG Aviation-operated Bombardier Global Express circumnavigated the earth, flying over both poles in 52h, 32min at an average speed of 444kt.