Pilatus has delivered a PC-24 to the Swiss government. The superlight business jet – serial number 121 and carrying the registration T-786 – was handed over during a dedicated ceremony in Berne on 18 February, and will replace a similarly sized Cessna Citation XLS in service.

The eight-seat PC-24 will be used for government transportation “primarily around Europe, and operated by the Swiss air force". 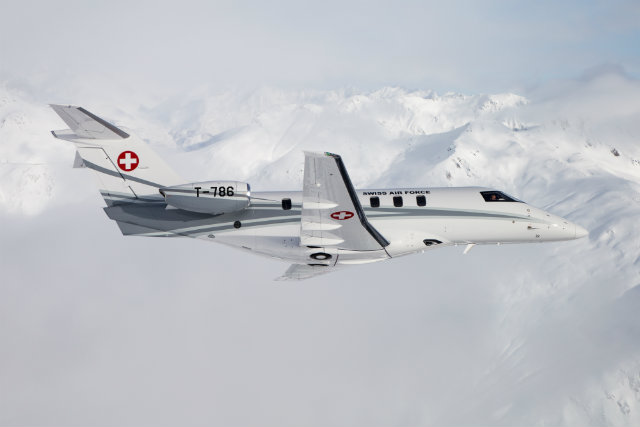 Pilatus chairman Oscar Schwenk describes the latest addition as “the new Swiss Air Force One” and says he is “confident that other governments will adopt the PC-24 once they see the unrivalled opportunities and flexibility which it offers.”

Certificated in December 2017, the Williams International FJ44-4A-powered aircraft has a range of 2,000nm (3,700km), a cruise speed of 440kt (810km/h) and is designed to take off from and land on runways with a length of only 856m (2,810ft), including grass and gravel strips. This feature gives the aircraft access to more than 20,000 landing sites around the globe, says Pilatus – more than twice as many as competing light-jet category models, including the XLS.

The Stans-based airframer has delivered 22 PC-24s to date from a backlog of 84 aircraft. This includes 18 examples last year – slightly short of the 23 shipments Pilatus had forecast for the 12 months ended 31 December. Output of 40 PC-24s is planned for in 2019.