Pilatus has clinched an order from the Swedish air ambulance organisation, KSA, for six PC-24s to be delivered in 2021. The superlight business jets will be used by the Lulea-headquartered operator to provide aeromedical services across the country.

The acquisition follows “an extremely intensive selection process”, says Pilatus. KSA operates across the whole of Sweden and is mutually owned and financed by all 21 of its regions. 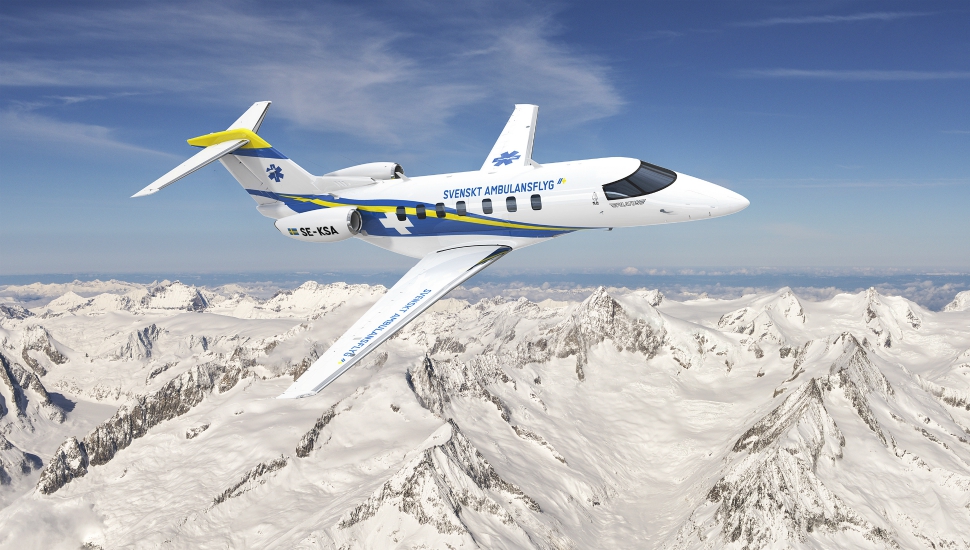 “The highly professional selection process confirmed that the PC-24 is indeed the perfect aircraft for medevac missions,” says Pilatus chairman Oscar Schwenk. He anticipates "further worldwide market potential" for the platform within this segment.

KSA is second air ambulance services provider to purchase the PC-24. Australia’s Royal Flying Doctor Service (RFDS) placed an order for six of the Williams International FJ44-4A-powered type in 2014, and has taken delivery of three examples so far.

Andreas Eriksson, KSA chief executive, says the PC-24 acquisition marks “a major milestone on the way towards establishing a national air ambulance with start of operations in 2021”.

KSA expects the fleet to log around 6,000h of flight per year.

The PC-24 entered service in February 2018 as Pilatus’s first business jet programme. To date the airframer has delivered 40 examples.