A replica of Air Force One landed on the shores of the Potomac River south of Washington DC today, part of a new democracy-focused exhibit. 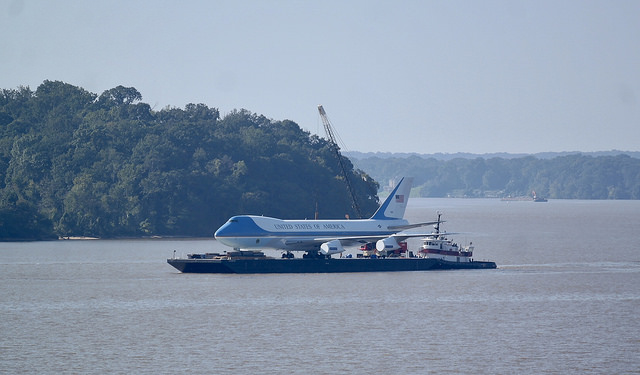 The Boeing 747-200 (MSN 20712), which has been painted and refurbished to look and feel like Boeing's VC-25 presidential transport, flew for Evergreen International Airlines for more than two decades before being parked in 2013, Flight Fleets Analyzer shows. It was delivered new to Singapore Airlines in 1973, and was operated by Flying Tigers and Pan Am during its more than 40-year life.

The aircraft arrived at the National Harbor development on the Potomac River in Maryland around 09:30 local time on 1 October. It will be on display as part of the temporary Air Force One Experience that is organised by the Children's Democracy Project. 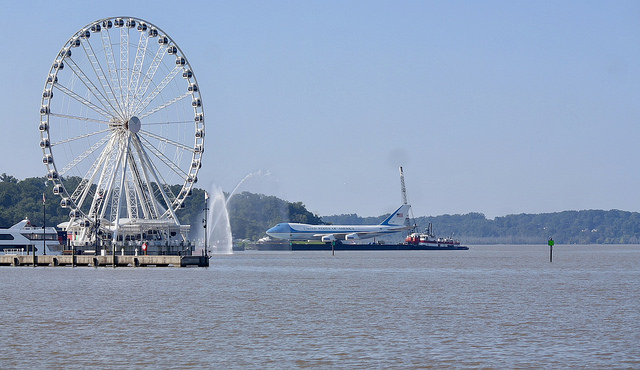 Visitors will "feel the thrill of presidential travel" during the 90-minute immersive "experience" that will run from 19 October to early January, organisers say.

The 747 was barged to National Harbor from Quonset State Airport in Rhode Island, which is on the shore of Narragansett Bay, where it departed on 27 September. 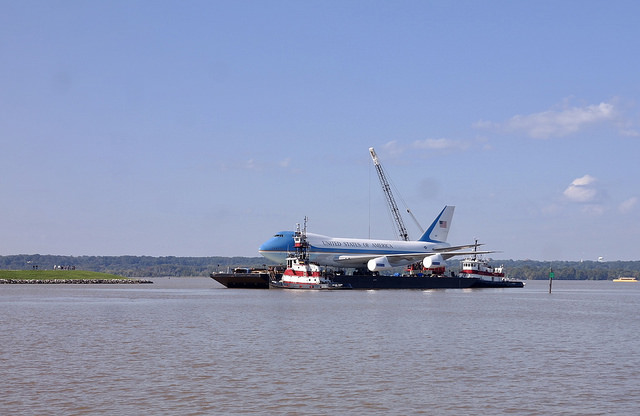