Bombardier's Global 7500 has completed an 8,152nm (15,100km) non-stop flight, which the manufacturer bills as the world’s “longest mission ever flown by a purpose-built business jet”.

The aircraft (C-FXAI) - the initial production example - departed Singapore at 07:12 local on 4 March carrying three pilots, three passengers and luggage with a combined weight of 360kg (800lb). Taking a transpacific route, it arrived in Tucson, Arizona just over 16h later at 08:19 local, which also set a new speed record for this city-pair, says Bombardier. 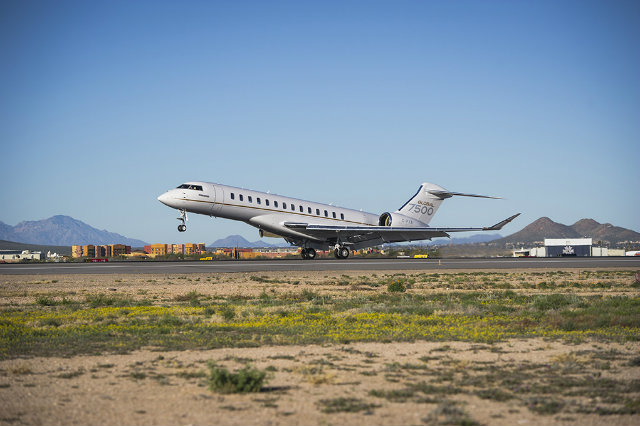 The previous record for the longest, official non-stop flight by a business jets was achieved by the Gulfstream G650ER in 2015. That aircraft flew 8,010nm from Singapore to Las Vegas with four passengers and crew. 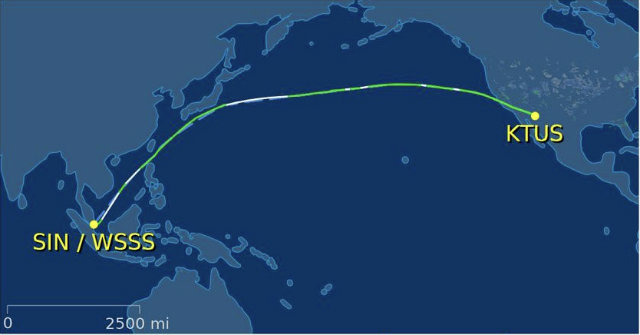 C-FXAI was handed over to its unnamed customer on 14 December and has been operated as a demonstrator by Bombardier under a lease-back arrangement. To date, the aircraft has logged over 170h.