Pilatus has reopened the orderbook for the PC-24 business jet, five years after the initial batch of 84 aircraft sold out within 36h. The superlight business jet has also secured European and US steep-approach certification, allowing owners and operators of the Williams International FJ44-4A-powered aircraft to perform landings under strict conditions, including using the 5.5° approach angle and short runway at London City airport.

The Swiss airframer unveiled the PC-24 at EBACE in 2013 – marking its entry into the business jet market. 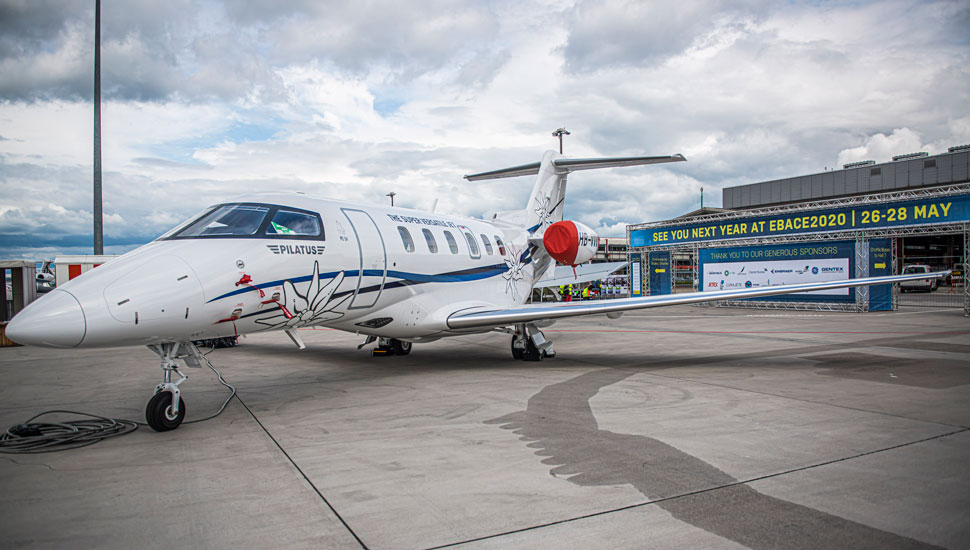 The Portsmouth, New Hampshire-based operator – one of Pilatus's oldest and largest customers with a fleet of 36 PC-24 single-engined turboprops – has since taken delivery of two more PC-24s from a total order for six aircraft.

The response to the PC-24 has been "phenomenal", says Pilatus chairman Oscar Schwenk. "From day one, there has been keen interest from various customer segments all over the world," he adds.

Feedback from the first 30 PC-24 operators "is extremely positive", Schwenk says, with customers pointing to its "versatility, spacious, quiet cabin and incredible performance". He adds: "These remarks, plus the high degree of attention which the aircraft commands all confirm our chosen PC-24 strategy."

The aircraft has secured European and US approval to operate on unpaved runways including dirt and gravel. Post-certification efforts to allow the aircraft to operate on other surfaces, including grass, is currently under way, says Pilatus.