TAG Aviation is continuing down the divestment trail with the sale of the UK’s only dedicated business aviation airport, TAG Farnborough, to Macquarie Infrastructure and Real Assets (MIRA).

The disposal to MIRA comes around seven months after the Swiss business aircraft services company sold its European maintenance, repair and overhaul organisation to Dassault Aviation. 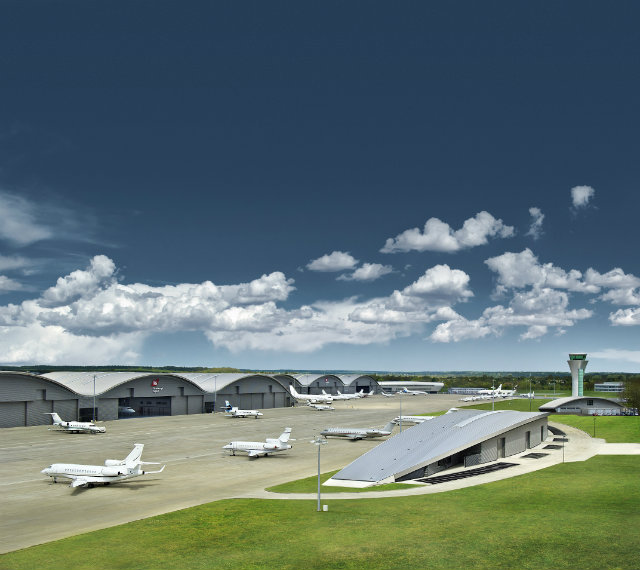 The former military facility, home to the biennial Farnborough air show, was taken over by TAG in 2001 and extensively rebuilt with an iconic hangar and terminal building. To date the Geneva-headquartered firm has invested over £150 million ($184 million) to turn the site into one of the leading business aviation hubs in Europe, and the only business aircraft facility in the world to hold carbon-neutral status.

“The significant investment that has occurred at Farnborough airport over the past two decades under the previous shareholders has been transformative,” says Brandon O’Reilly, who has served as the site’s chief executive since 2006. “With a number of development projects already underway, we are excited to partner with Macquarie to further develop our offering to the business aviation market.”

These projects include Gulfstream’s new 20,400sq m (220,000sq ft) European service centre, located at the eastern end of the airport, which is scheduled to open in 2020.

MIRA, owner of the Atlantic Aviation chain of fixed-base operations in the USA, says as well as holding an “important place in UK aviation history”, Farnborough airport “is known for its high-quality offering to customers”.

“We look forward to partnering with Farnborough airport to ensure it remains an important contributor to the local economy and a business aviation gateway to London and the south east,” it adds.