Italian aircraft manufacturer Tecnam has begun formal negotiations with the US regional carrier Cape Air to establish a delivery schedule for its in-development P2012 Traveller piston-twin.

The Hyannisport, Massachusetts-based operator is co-developer and launch customer for the 11-seat aircraft,, for which it has orders for around 80 units. The Traveller will replace its fleet of ageing Cessna 402Cs, Caravans and Britten Norman BN-2 Islanders.

Cape Air founder and chief executive Dan Wolf became the first non-Tecnam pilot to fly the high-wing aircraft when he took the controls in November. 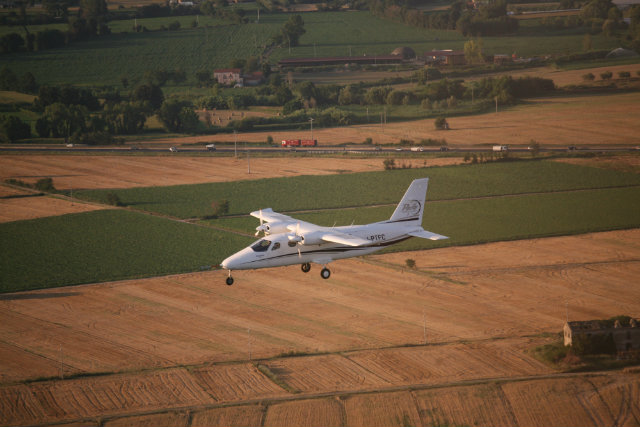 Describing the Traveller as “so easy to fly”, Wolf is confident it will be an ideal fit for Cape Air’s short-haul service. “With the performance numbers we see today, we are happy to offer our customers a new-generation airplane that will both raise the level of in-flight comfort and safety, and lower the costs of operations and fleet maintenance,” he says.

Since the maiden sortie on 21 July, Tecnam has accumulated 45h over 60 flights in the Lycoming TEO-540-powered Traveller.

Feedback from these test flights has enabled Tecnam to boost the aircraft’s maximum take-off weight by 150kg (330lb) to 3.600kg, says the Capua-headquartered company.

A second P2012 will enter flight testing around May of next year, and Tecnam expects both aircraft to complete about 300h of trials. European and US certification are scheduled for 2018, leading to service entry in 2019.

The Traveller is the largest model in the Italian airframer’s 22-strong line-up of light piston-engined aircraft. It features fixed landing gear, large panoramic windows and four doors, including a sliding passenger door and a cargo door. Development has been funded through a combination of private and Italian government investment.