Italian airframer Tecnam has delivered the first P2012 Traveller to Seychelles-based charter company Zil Air, from a 2018 order for up to three of the high-wing piston-twins.

Italian airframer Tecnam has delivered the first P2012 Traveller to Seychelles-based charter company Zil Air, from a 2018 order for up to three of the high-wing piston-twins.

The aircraft and its three-strong crew arrived at Zil Air’s facility on the island of Mahe on 29 November following a six-day, 4,500nm (8,330km) ferry flight from Tecnam’s headquarters in Capua, near Naples. 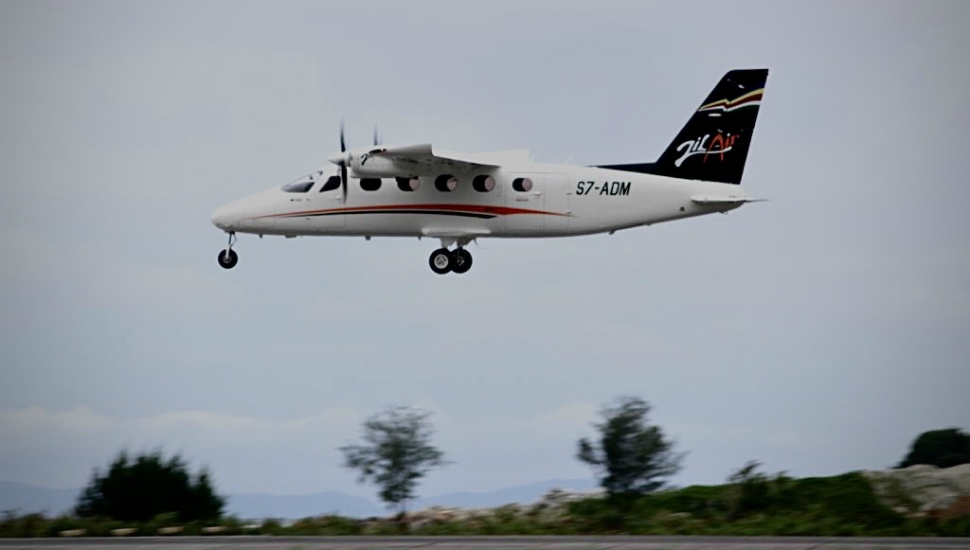 Zil Air is it now preparing its Lycoming TEO-540-C1A-powered Traveller for service entry in December, joining its fleet of fixed-wing and rotary aircraft.

Tecnam says it “embraced Zil Air as a partner from day one”, with the two companies working together to customise the all-metal, short take-off and landing aircraft to Zil Air’s “exact requirements”. Key features of this model include air-conditioning, nine bespoke passenger seats with power sockets, storage, “excellent leg space and uninterrupted views from each window”.

The company is now working with Tecnam to develop a modular, quick-change air ambulance interior for its aircraft.

Tecnam’s managing director, Giovanni Pascale, calls the new delivery “another great achievement” for the airframer, with the Traveller demonstrating its “qualities in warm, hot countries”, as well as in “cold climates” – a reference the aircraft’s US-based launch customer, Cape Air.

The Hyannis, Massachusetts-based regional airliner has taken delivery of four Travellers since the first example arrived in July and is preparing the aircraft for service entry before the end of the year. Cape Air has orders and options for 110 Travellers, which will replace its fleet of decades-old Cessna 402Cs.

“We plan to ship another four Travellers to Cape Air this month and 12 more examples in 2020,” says Tecnam’s global sales and marketing director, Walter da Costa.

He says the company has secured an impressive order backlog for its €2.2 million ($2.6 million) flagship, with a further 13 Travellers destined for delivery next year to new international customers.