Today’s attempts to fly on battery power rely on the same Lithium-ion technology that powers cells phones and automobiles; it can work, but to really get off the ground aviation will need a new generation of energy storage technology

A little over a year ago, Elon Musk waded into a Twitter conversation about electric aviation with the remark, “FWIW, based on calcs I did 10 years ago, cross-over point for Li-ion beating kerosene is ~400 Wh/kg. High cycle batteries are just 300 Wh/kg today, but probably exceed 400 in ~5 years.” This summer, he added: “400 Wh/kg *with* high cycle life, produced in volume (not just a lab) is not far. Probably 3 to 4 years.”

If the magic 400WH/kg (watt-hour per kilogram) capacity from Lithium-ion batteries was really so close, one might expect Musk to have launched an electric aircraft company by now - though between cars, rockets, tunnels and more exotic ventures like brain-computer interface implants, even he may have enough on his plate. But whether or not the Tesla and SpaceX magnate intends to join the few dozen existing electric flight projects at various stages of development, his figures highlight issues that stand in the way of zero-emission flying. Energy storage, rate of output, mass and manufacturing technology all weigh on the feasibility - and economics - of battery-powered flight so the question is: are today’s batteries good enough to do it?

The answer appears to be: yes, sort of. 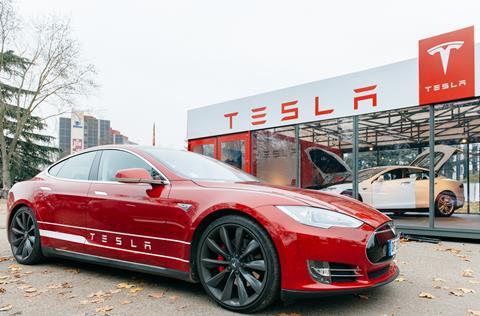 The business case for what are typically electric vertical take-off and landing (eVTOL) craft capable of operating from small city centre helipads is the dream of avoiding road congestion, hence the generic term “urban air mobility”. That vision is summed up in the name given to its project by one of aviation’s biggest players: CityAirbus. Far smaller but no less ambitious is Vertical Aerospace, a UK start-up that unveiled its VA-1X design in late August, with a promise to bring an air taxi to market as soon as 2024.

VA-1X exploits a key appeal of electric designs, the ability to distribute propulsion more widely than is possible with traditional combustion engines or jets. With four tilting motors spread across the wings of an otherwise conventional layout, the machine will take off and land vertically but transition to more efficient fixed-wing flight for cruise. Vertical Aerospace is not commenting on its batteries, but promises to move a 450kg payload - a pilot plus four passengers - at “cruise speeds of 150mph (130kt) with a useable range of up to 100 miles (160km)”. Critically, Vertical says its “ultimate aim is to make the VA-1X significantly cheaper than helicopter flights, removing one of the major barriers to environmentally friendly air travel”. 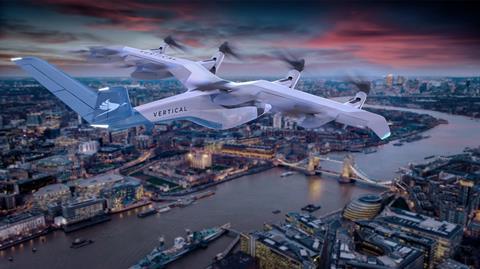 Limited performance goals of eVTOLs like VA-1X are feasible but

Dr James Robinson, a senior research fellow in chemical engineering at University College London, sees Vertical’s objectives as feasible but “aggressive”. Today’s Li-ion batteries - the familiar power source for everything from personal electronics to roadgoing vehicles like Tesla cars - reflect a 30-year-old technology, he says; they are well understood, acceptably low cost and can be tailored to deliver an appropriate balance between the raw power output needed to heft an eVTOL off the ground or bring it gently back down and to propel it forward in the relatively low-power but long-endurance cruise phase.

But while Li-ion batteries can make short flights feasible, and also have reasonably attractive recharge times and charge-discharge cycle lives, range is their weakness, he tells Flight. Indeed, Robinson points to a 2018 paper from the American Chemical Society’s Energy Letters journal on the battery performance ultimately needed by eVTOLs. There, the authors (including a representative of Airbus’s “Acubed” Silicon Valley innovation centre) analyse “a generic vertical-to-fixed-wing transitioning aircraft” and conclude, based on current Li-ion technology, that for an aircraft with a gross take-off mass of 1,000-2,500kg “an operational range of 73−100 miles (40-60km) represents the upper limit”.

Indeed, a quick look at automobile specifications underscores the shortcomings of Li-ion for aviation. According to Car and Driver data, a Tesla Model S has a range of nearly 650km and curb weight of 2,200kg. A comparably-sized BMW 530i has a range of up to 950km but a kerb weight of barely 1,700kg. The Tesla may pack plenty of performance and feature low-mass and low-maintenance electric motors but the batteries weigh, literally, a ton.

As Robinson detailed in a July 2020 paper for the Faraday Institution, a battery technology research group based at the Harwell hi-tech cluster near Oxford, Li-ion technology today can deliver a maximum of about 250 watt-hours per kilogramme (Wh/kg), the standard comparative measure of battery energy density. But while there is scope to boost Li-ion energy density - clearly a critical measure for aircraft, which must minimise weight - Robinson describes the technology as “reasonably well optimised” and sitting on a “plateau”, with the prospect for only incremental improvements. Moreover, those Wh/kg figures are at the cell level; that 250Wh/kg cell delivers maybe 170Wh/kg when packed into a battery with suitable casing. So what is needed to move aviation away from fossil fuels, he writes in that July edition of Faraday Insights, are “batteries that extend performance beyond the limits of Li-ion technology”.

That next-generation technology may be at hand. Lithium-sulphur cells, says Robinson, are at a “pre-commercial” stage of development but promise a dramatic leap in energy density. Li-S cells have a theoretical energy density limit of 2,700Wh/kg and have already been demonstrated at 470Wh/kg, with 500Wh/kg expected by early 2021.

Li-S cells today degrade rapidly in use and so suffer from low cycle lifespans, but the technology bypasses Li-ion’s need for heavy, costly and environmentally damaging nickel and cobalt; sulphur is one of the most abundant elements on Earth. Li-S cells are also inherently safer, with much reduced likelihood of overheating and fire, and unlike Li-ion can be stored and shipped when fully discharged.

Today, Li-S has two great shortcomings for aviation. One is relatively poor power per volume, so Robinson expects the first applications in transport to be in large vehicles like buses and trucks, though the next five years could see them in niche applications like satellites or drones.

For eVTOLS, the great Li-S drawback is a rate of discharge too slow to deliver the surge needed to get airborne. An early attempt to build an aircraft around Li-S power was announced in July this year by UK battery developer OXIS Energy and Texas Aircraft to convert, in Brazil, its high-wing Colt S-LSA into a two-seat trainer, with 2h/200nm range.

Robinson stresses that the transformative power of this new technology will depend on whole-aircraft optimisation, not just better batteries: “Planes will have to be redesigned to accommodate electric aviation.” Li-ion eVTOLs flying in the mid-2020s, he reckons, can be a bridge to more ambitious 2030s aircraft built around Li-S technology; hybrids - using Li-ion power to get airborne and Li-S to deliver cruise range - are an attractive idea.

Meanwhile, he describes Elon Musk’s 400Wh/kg as “an interesting number. I’d like to talk to him about it.” 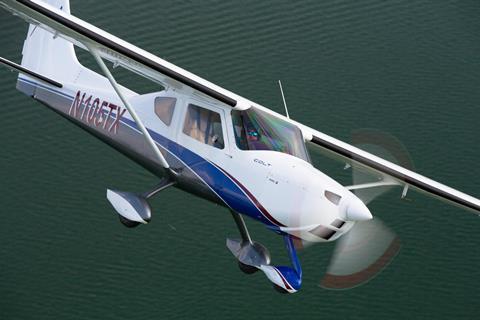