Epic Aircraft says US type certification of the E1000 is “very close”, and claims that the introduction of performance upgrades which have delayed the arrival of the single-engined turboprop by around three years “far outweigh the schedule trade-off".

“We are now prepping for type inspection authorisation which we expect to secure in the second quarter," says Mike Schrader sales and marketing director of the Bend, Oregon-based company.

This approval will clear the the way for Federal Aviation Administration personnel to join flight-test activities. Certification and service entry of the E1000 are pegged for the second half of the year. 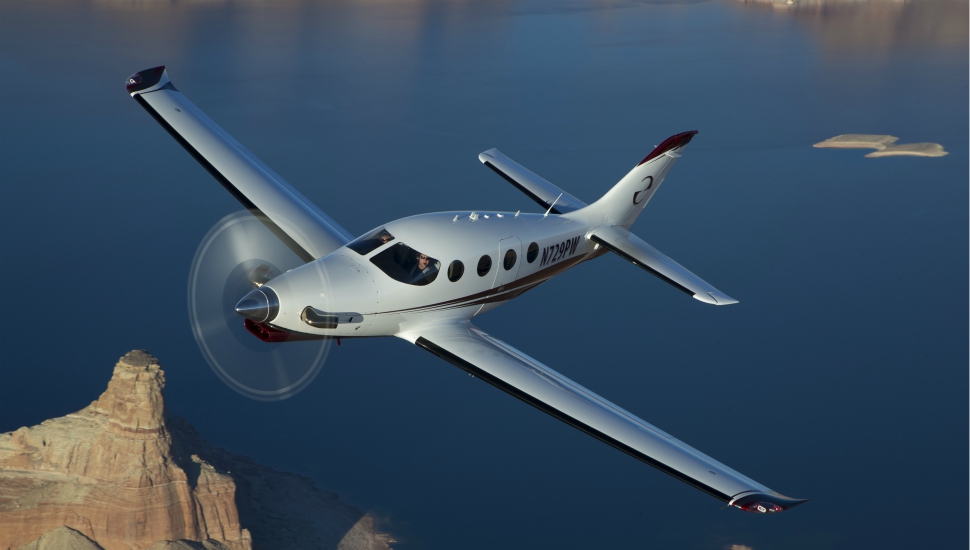 Since wrapping-up structural testing for the all-composite, six-seat aircraft in July 2018 – a phase Schrader describes as “one of the more demanding of the E1000's certification effort” – the company has switched its focus to the flight-test campaign, with the two prototypes to date logging 926h across 946 sorties.

“We have completed all critical test-flight manoeuvres as well as flutter testing, with various combinations of fuel, payload and operating conditions taken into consideration,” he says.

These include optimising the airflow induction system to boost engine performance, and enhancing the pilot experience with improved lighting, rigging and flight control positions.

While incorporating these design enhancements has pushed back E1000 certification, Schrader says they offer long-term performance benefits for the customer.

“Most importantly, overall performance specifications at maximum gross weight, continue to meet or exceed expectations.” he says. “In fact, we are now achieving industry-leading maximum cruise speeds in excess of 333kt [620km/h].” The E1000's nearest rival, the Daher TBM 940, boasts a high-speed cruise of 330kt.

The company has secured over 80 orders for the $3.25 million Garmin G1000 NXi-equipped E1000 to date, and plans to deliver six aircraft this year and more than 12 in 2020. "We intend to ramp as quickly as possible toward our target production capacity of 50 per year," says Schrader.

Epic is now building its service centre network in the USA through partnerships with established providers, and will announce its first ventures in the coming months, says Schrader.

The infrastructure will also be expanded globally in line with international certifications and customer deliveries.

The E1000 was launched in 2014 as a certificated variant of LT kitplane, of which the 54th and final example will be delivered to its owner in June.