UK charter and management company Zenith Aviation has taken delivery of the final Bombardier Learjet 75 from an October 2017 order for a pair of the superlight business jets.

The arrival of the eight-seat aircraft on 29 June brings to four the London Biggin Hill airport-based company's fleet of Learjet 75s – making it the largest operator of the type in the world.

The aircraft will help to fill the demand for short-haul charter flights from within Europe’s charter market, says managing director Stuart Mulholland. Zenith's line-up also includes a managed Learjet 45 – the predecessor to the 75. 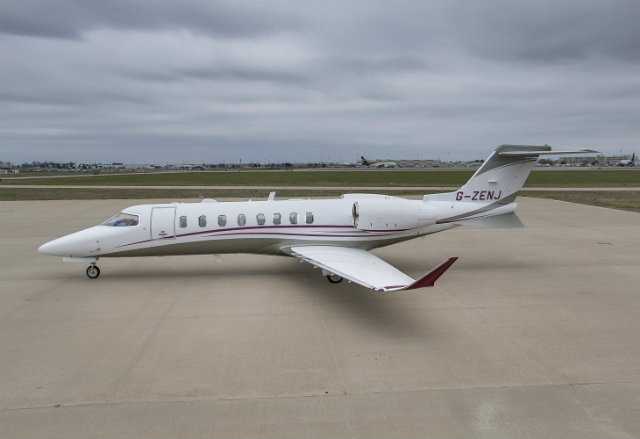 "It’s crazy," Mulholland adds. "The only time we are not flying is when an aircraft is in for maintenance."

Zenith expects to record around 2,500h across its fleet in 2018, which will mark a 10% increase on the previous year, when its fleet also included a superlight Cessna Citation XLS. The 2008-built aircraft was sold in January, but Mulholland hopes to replace it with a new XLS+.

The company is also hoping to break into the large-cabin business jet charter market, with the arrival, before year-end, of a managed Bombardier Challenger 605, says Mulholland.