The Royal Canadian Air Force (RCAF) announced on Facebook that the 401 Tactical Fighter Squadron based at Cold Lake, Alberta, took to the skies 20 July, marking the unit’s first operational flight since disbanding in 1996.

The squadron previously flew the CH-136 Kiowa helicopter out of Saint-Hubert, Quebec, and has now switched to fighters to bolster Canadian support for North American Aerospace Defense Command (NORAD). 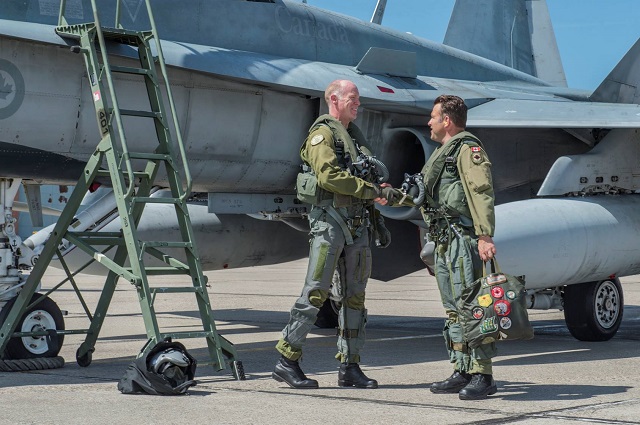 Its reactivation means Canada now has two operational fighter squadrons at the Cold Lake in central Canada and two nearer to the east coast at Bagotville air base in Quebec.

The 401 Squadron, known as the “Rams,” has the Latin motto “mors celerrima hostibus” or “very swift death for the enemy” and will likely support NORAD air policing missions in the North Pacific initially.

“The fighter force has been very active in operations at home and abroad,” Col Eric Kenny, commander of 4 Wing Cold Lake, said in a recent press statement. “Having four operational fighter squadrons – two in Cold Lake and two in Bagotville – provides us the flexibility and capacity to respond to our NORAD and international commitments more efficiently.”

Canada’s aging fighter force has indeed been busy. Several jets are currently supporting the air campaign against the Islamic State militant group in Iraq and Syria, and there has been an increase in Russia bomber flights into NORAD’s air defense identification zone amid a downturn in relations with the West. 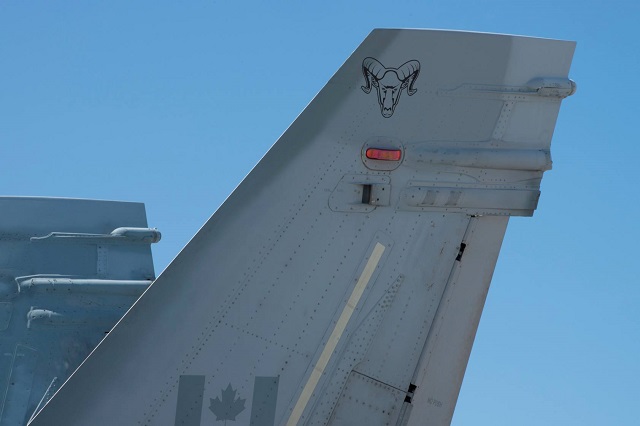 Canada’s currently has 64 active McDonnell Douglas CF-18 Hornets that were introduced in the 1980s, according to Flightglobal’s MiliCAS database. An ongoing modernisation programme is expected to keep the CF-18 flying through 2025 until another fighter takes its place.

The Canadian government has delayed a decision on whether to proceed with its planned purchase of 65 Lockheed Martin F-35 Joint Strike Fighters until after a federal election planned for October.

The government has been evaluating alternative fighters – including the Boeing F-18E/F Super Hornet, Dassault Rafale and Eurofighter Typhoon – but the process has seen more paperwork than progress.