Philippine low-cost carrier Cebu Pacific has placed a firm order for 30 Airbus A321neo aircraft with 10 options, and firmed up options for an additional seven A320s.

The 37 firm aircraft orders will cost $3.8 billion at list prices, said the airline. It expects to take delivery of the aircraft between 2015 and 2021.

Cebu Pacific has not made an engine selection between the CFM International Leap-X and Pratt & Whitney PW1100G for the A321neo. The airline's existing fleet of A320 family aircraft are all powered by CFM International CFM56 engines. 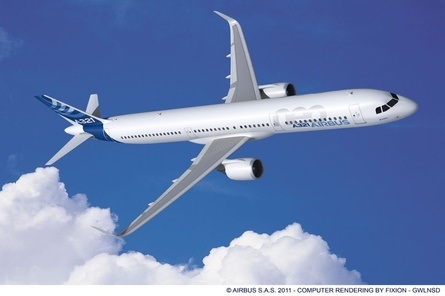 "Cebu Pacific has made the largest firm order for the Airbus A321neo aircraft in the world. These 220-seater aircraft will be a real 'game changer' for Cebu Pacific because the A321neo will have a much longer range. We will be able to serve cities in Australia, India and Northern Japan, places the A320 cannot reach," said the airline's CEO and president Lance Gokongwei.

The order will more than double its fleet and triple its capacity, said Cebu Pacific. It operates 33 aircraft, comprising 25 A320s and eight ATR turboprop aircraft. It also has 18 more A320s on order, to be delivered from the second half of 2011 until 2014. With the new order, the airline's total firm orders will increase to 55.

Gokongwei said the A321neos will reduce the airline's unit cost per seat "to a level that cannot be achieved flying A320s".