Cessna is preparing to deliver the 2,500th Caravan this quarter, to an Alaskan charter operator which was its original launch customer for the single-engined turboprop – Bering Air.

The Caravan EX rolled-off Cessna’s Wichita production line in Kansas in late September, a little over 30 years after the first iteration of the high-wing utility aircraft entered service with Bering. 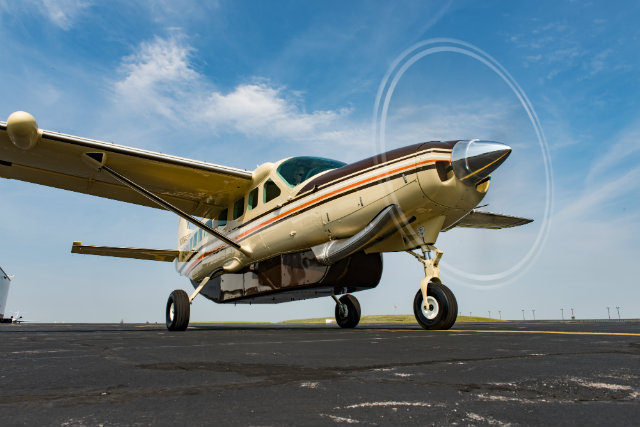 Bering embarked on a fleet renewal programme earlier this year to replace its older generation Caravans with the new EX. Launched in 2012, the aircraft features a Garmin G1000 glass cockpit and a more powerful and efficient Pratt & Whitney Canada PT6A-140 engine.

The Caravan is the largest single-engined aircraft produced by the Textron Aviation subsidiary. Assembled in Wichita and Shijiazhuang, China – through a joint venture with AVIC – the fleet has notched up 13 million flight hours in a variety of missions, from owner operator and VIP charter to medical evacuation and surveillance.

Flightglobal’s Fleets Analyzer database records 40% of the Caravan fleet as being operated in North America, 19% in Latin America and the Caribbean and 17% in the Asia Pacific region.

Textron will be hoping to repeat the Caravan's success with its next single-engined turboprop, due to be launched next year. Little is known about the new programme, although the company has revealed that it will be a clean-sheet design and not a derivative or variant of any existing product.