A China Eastern Airlines Airbus A330-200 had to return to Sydney airport shortly after take-off due to damage in the engine cowling of its left Rolls-Royce Trent 772 powerplant.

In a short statement, the carrier says the incident happened on 11 June when the aircraft was operating a Sydney-Shanghai service. It added that the flight crew discovered damage to the left engine's inlet casing after take-off, and swiftly decided to return to Sydney. The aircraft landed without further incident. 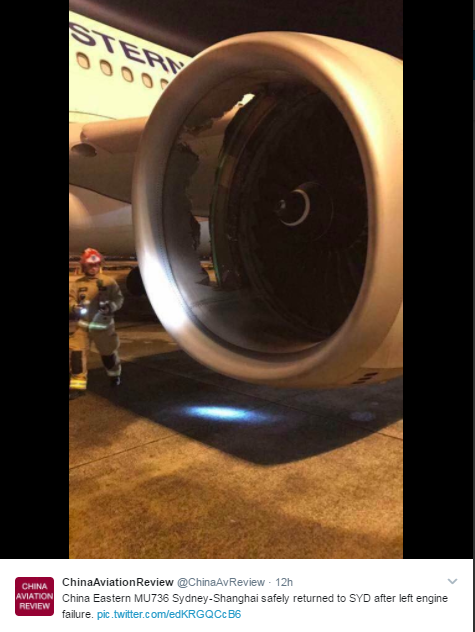 Flight Fleets Analyzer lists the aircraft, registered B-6099, as of 2008-vintage and owned by China Eastern.