China Southern says its aircraft, registered B-7185 was being towed from a remote parking stand when its right wing tip struck the tail end of a Kuwait 777-300ER.

It adds that its aircraft suffered damage along a four-metre section of its right wing. There were no passenger and crew onboard the aircraft when the incident happened. 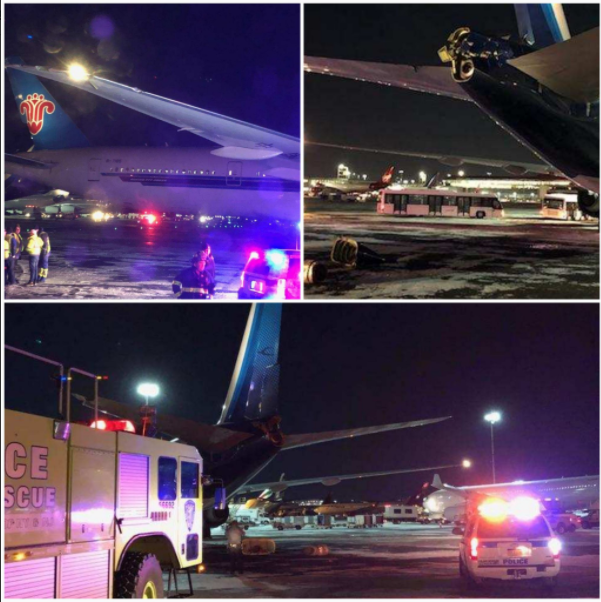 Pictures online also show damage under the rudder of the Kuwait aircraft's vertical stabilizer. The airline said it had to cancel its Kuwait-bound flight following the collision.

The New York Port Authority Police Department said in a tweet that its rescue fire fighter unit responded to the incident at Terminal 4, and that there was damage to both aircraft.

The collision added to the chaos at the airport on 6 January as a powerful winter storm caused massive delays. A water main break at the airport also flooded Terminal 4 on 7 January, causing further flight cancellations and delays.