The Chinese army is poised to become the launch customer for the new Hafei Aviation Industry/Eurocopter HC120 helicopter. The companies, along with the China National Aero-Technology Import and Export Corporation (CATIC) signed a co-production contract this month for a Chinese version of the EC120, paving the way for Hafei to start assembling HC120s this year.

Industry sources say the government has ordered eight HC120s, plus 50 options, and has earmarked these for delivery to the army from this year. Hafei and CATIC are responsible for selling the HC120, which is being targeted at China's parapublic and military helicopter markets.

As part of the deal, Eurocopter has agreed to stop selling French-assembled EC120s in China. The company has been working to establish a Chinese assembly line for the aircraft for several years and is already in talks to establish a similar arrangement for the EC135. Sources say the EC135 assembly line would be opened at Changhe Aircraft Industries.

Eurocopter decided a decade ago to outsource production of EC120 fuselages to Harbin Aircraft, which shares a factory in north-east China with Hafei. A memorandum of understanding was signed last year between Eurocopter and Harbin/Hafei parent China Aviation Industries II allowing the companies to begin preparation work. The final agreement was signed on 11 June. 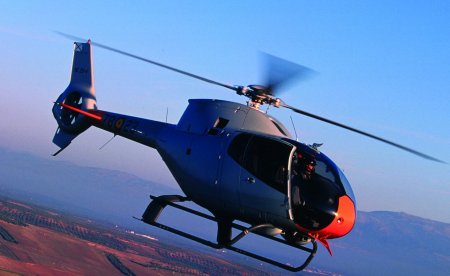