The Orbiter 1K shares the same structure as the Orbiter 2, and is the first loitering munition that the company has developed.

According to Aeronautics, the Orbiter 1K is launched from a catapult and can fly for 2-3h, carrying a multi-sensor camera with day-and-night channels. It says the loitering system is compact and easily controlled from a personal ground control station.

The company adds that when given a specific waypoint, the loitering Orbiter 1K can detect and destroy a moving or stationary target. 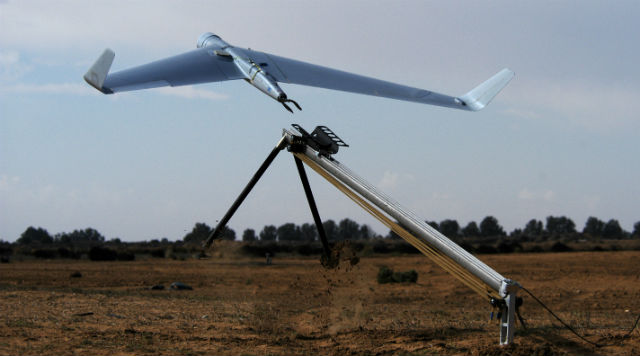 The system can also operate in a given area – independently scanning it, detecting a target and then destroying it.

If a target is not detected or if the mission changes, the flight can be aborted and the Orbiter 1K will return to base, recovered by a parachute and airbag.

The manufacturer expects the Orbiter 1K to be operational in the near future.