Drone Aviation has introduced a new tethered rotary-wing unmanned air vehicle, which can simultaneously receive power and transmit data back to the ground.

The quadrotor Watt UAV can be connected to a generator or vehicle to provide enough power to keep the aircraft airborne at 150ft for some 8h.

News broadcaster CNN announced on 6 May that it will purchase an undisclosed number of the systems as the launch customer for the new UAV, Mark Klefman, director of operations at Drone Aviation, says. 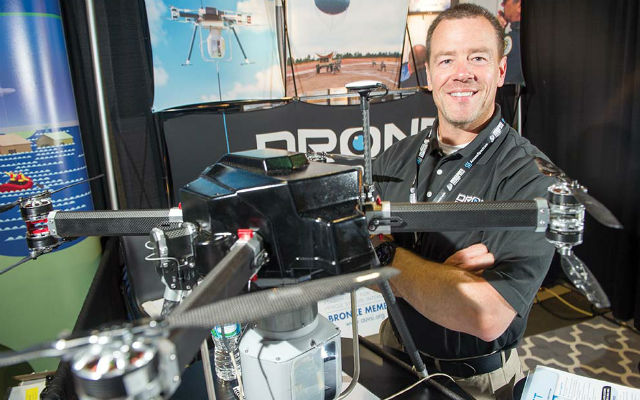 The companies are currently working on being granted a section 333 exemption from the Federal Aviation Administration so that they can fly the Watt in national airspace.

Klefman says the system cannot be jammed because it is not a wireless connection, ensuring the security of both the public and the data. It also has a 90sec power allowance should the generator fail, which gives the Watt time to safely land.