As the conflict continues with neighbouring Armenia, Azerbaijan has expressed its intention to buy additional Israeli unmanned air vehicles.

According to Israeli daily Haaretz, a cargo aircraft operated by the Azerbaijani defence ministry has flown from the nation's capital Baku to Israel twice in recent weeks, landing at the Uvda air force base in the south of the country.

Azerbaijan and Armenia are in conflict over the disputed Nagorno-Karabakh region and in recent years Azerbaijan has become a major client of the Israeli defence industry. Baku operates the Elbit Systems Hermes 450, the Israel Aerospace Industries (IAI) Heron and Searcher, and the Aeronautics Orbiter and Aerostar UAVs.

Aeronautics has also teamed with a local Azerbaijani company to manufacture its UAVs in-country under the Azad Systems joint venture established in 2011. 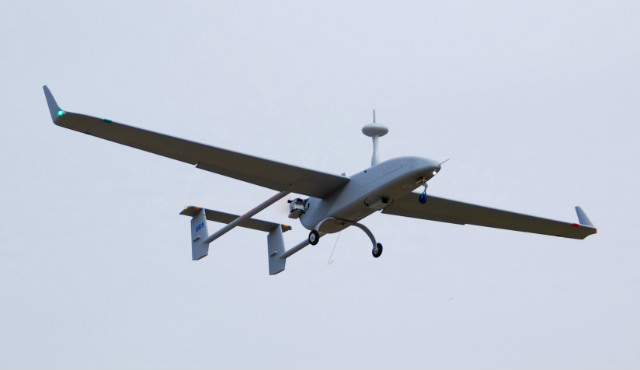 In recent weeks, reports from the conflict zone claimed that a Thunder B UAV made by BlueBird in Israel and operated by Azerbaijan had been shot down.

Video footage from the war zone showed an IAI Harop loitering munition, which according to the report was also operated by Azerbaijan.

Israeli UAV manufacturers have refused to comment on any issue related to the requirements of the Azerbaijani armed forces, but European sources say the nation's new requirements are based on the experience of operating current UAV types.

Senior US diplomats and military intelligence officers have said that Washington believes Israeli military aircraft operate from air bases in Azerbaijan, which shares a border with Iran.