Boeing and Tata Advanced Systems (TASL) have signed an agreement to jointly develop unmanned air vehicles, building on previous deals between the two to develop components together for the former’s rotorcraft.

The pair signed a framework agreement on 15 July to allow them to “access markets jointly for products and platforms developed together by Boeing and TASL”.

It will see them collaborate on aerospace and defence manufacturing and potential integrated systems, including UAVs, TASL says.

TASL is already on contract to manufacture aerostructures for Boeing’s CH-47 Chinook and AH-6i helicopters, both of which the Indian military is looking to buy but has not yet signed firm contracts for.

This deal is representative of a shift in the manufacturing practices of India regarding UAVs, as New Delhi applies its long-term encouragement of offset deals to bring imported technology development into the country.

It follows an agreement signed in February between US UAV manufacturer AeroVironment and India’s Dynamatic Technologies to jointly develop an indigenous variant of the former’s small UAVs in India. 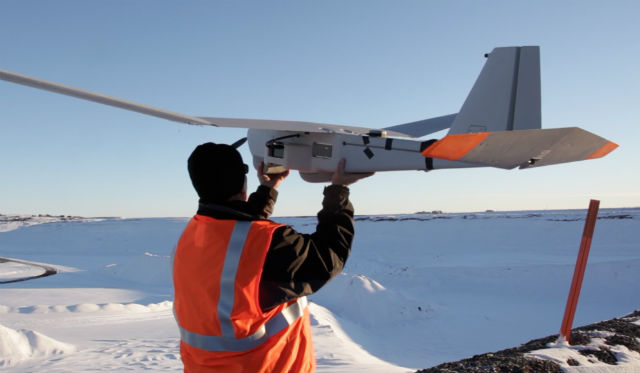 The “Cheel”, as it has been dubbed, will not derive from a specific AeroVironment UAV, but instead will incorporate technology from the Puma, Raven, Wasp and Shrike unmanned aircraft, the companies say.

Meanwhile, the Pakistan government claimed on 15 July that an Indian UAV had been shot down because it veered over the Indo-Pakistani line of control.

“An Indian spy drone was shot down by Pakistani troops which intruded into Pakistan along [the] LOC near Bhimber today. The spy drone is used for aerial photography,” the Pakistan Inter Services Public Relations department says.

A picture released by ISPR of the crashed UAV bears some resemblance to the Indian Defence Research and Development Organisation’s Netra UAV, but Indian authorities have denied that a vehicle of theirs has been lost. 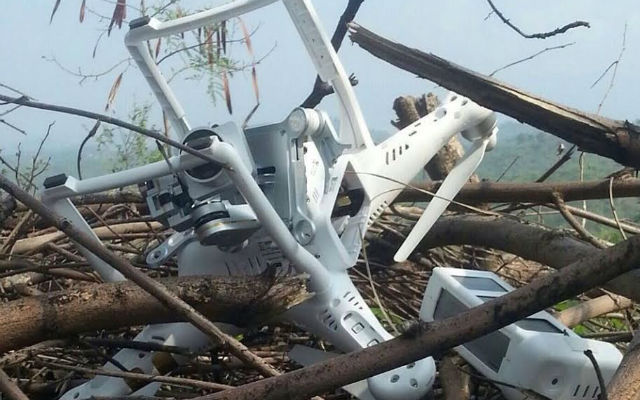 “Some reports of a drone crash in PoK are being referred to,” the Hindustan Times reports an army official as saying. “No drone or UAV crash of the Indian army has taken place.”

However reports are circulating that Islamabad has summoned the Indian high commissioner to register a protest against the event.