German automaker Porsche is forming a team with Boeing to analyze demand for vertical takeoff flying taxis designed to ferry people around cities and over gridlock traffic as it aims to stay in step with the next generation of travel.

German automaker Porsche is forming a team with Boeing to analyze demand for vertical takeoff flying taxis designed to ferry people around cities and over gridlock traffic as it aims to stay in step with the next generation of travel.

Porsche Engineering Services and Studio FA Porsche will help Boeing subsidiary Aurora Flight Sciences develop and test a prototype electric vertical takeoff and landing vehicle, or eVTOL. Boeing and Aurora in January made the first flight test of the Passenger Air Vehicle, which the airframer says is a separate project.

Concept art provided by Boeing and Porsche shows a sleeker design than the twin sponson-style planks hanging beneath the propeller-driven Passenger Air Vehicle.

"We are combining the strengths of two leading global companies to address a potential key market segment of the future," says Porsche marketing executive Detlev von Platen in a 10 October statement.

Battery packaging and electric propulsion advances offer new design freedom for the dozens of companies proposing some form of eVTOL aircraft. Unmanned flight is also a goal for many developers including Boeing, but the airframer and others are designing seats for pilots to ease their introduction for the first generation of these new aircraft.

Engineering is only part of the challenge for companies aiming to develop this new class of aircraft, along with regulatory safety approval, consumer trust and public tolerance for the noise of propellers whizzing over cities. Porsche is bullish, however, and in 2018 published a study that expects these aircraft could begin passenger service in 2025, starting by connecting airports and city centers for business travel.

"Looking at unmanned eVTOL aircraft, the market for inspection drones will grow to $34 billion and 21.5 million active units by 2035, complemented by the market for goods-and-delivery drones at $4 billion and 125,000 units," Porsche says in its study. "Inspection drones are in use today, and goods drones are already being tested around the world. The market for supporting services around inspection, goods, and passenger drones will reach another $4 billion by 2035."

Boeing is also investing in Electric Power Systems, which developed battery packaging technology for NASA that prevents lithium ion cells used for electric aircraft from overheating and failing during flight. 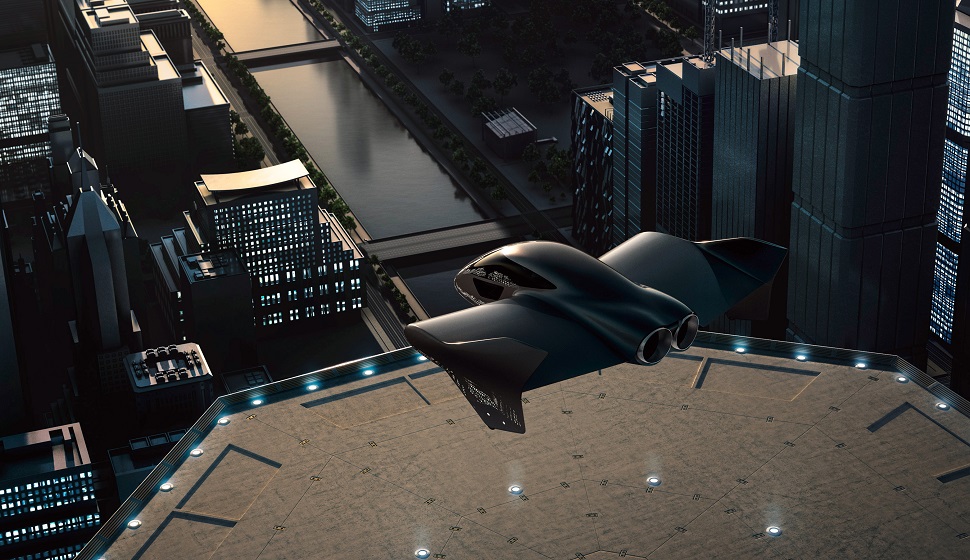