Selex ES is the latest sensor manufacturer to introduce a counter-unmanned air vehicle system that tracks and defeats airborne threats.

Falcon Shield is a radar and electro-optical/infrared camera-based system that identifies UAVs that should not be operating in a certain area, and uses electronics attack to bring them down.

“In this space no one size fits all, so we’ve developed a modular, scalable system,” says Steve Williams, capability manager for Falcon Shield at Selex ES. “In terms of the problem … a number of events have occurred, most recently at the US Open, plus others at Heathrow and the White House.”

Islamic State terrorists are now deemed to be operating UAVs for weapons delivery, Williams adds, so the threat is extending from “lone wolves” to terrorist organisations.

Falcon Shield targets micro and mini UAVs and uses electronic attack to counter them and, although he declines to add more detail due to customer sensitivity, Williams says “we’re doing more than just jamming”.

“It’s difficult to say more, but we’re going beyond what the competitors are doing.” 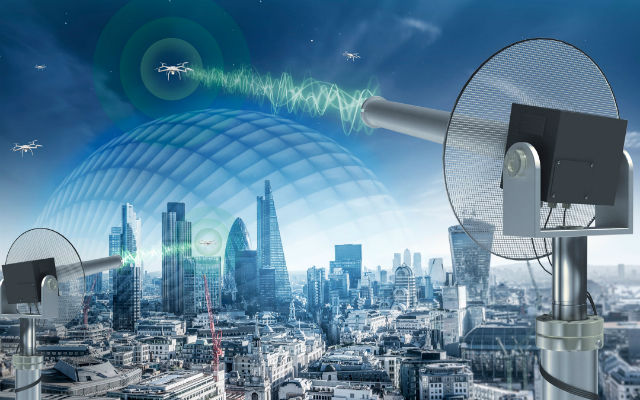 Selex ES trialled Falcon Shield in the UK Defence Science & Technology Laboratory’s “Bristow” trials, which in May saw a number of companies test their counter UAV products at West Freugh in Scotland.

A vehicle-mounted or portable variant of the Falcon Shield could also be developed in future, Selex ES' Williams adds.