Sierra Nevada signed a collaboration agreement with Israel Aerospace Industries at Farnborough, in a move that aims to support development of a new tactical vertical take-off and landing unmanned air vehicle for the US market.

The companies say they believe there are opportunities to sell VTOL UAVs for special mission applications in the US tactical UAV market over the next decade. Sierra Nevada will be the prime contractor, responsible for the overall system integration, and marketing and sales in the USA. 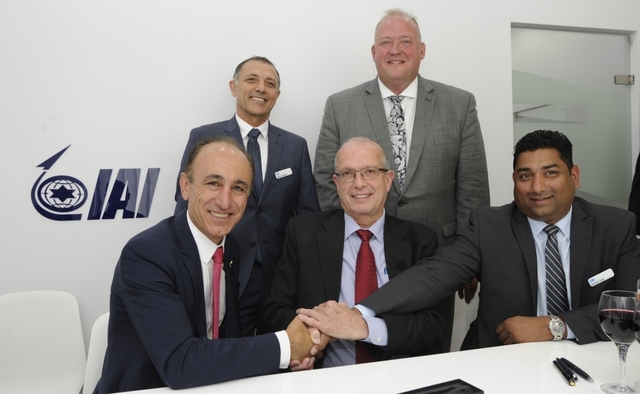 The two companies intend to design and build a VTOL UAV that would give units positioned forward in the field the ability to fly intelligence, surveillance and reconnaissance missions without needing access to a runway.

IAI has experience building about a dozen different drones, including the Panther, a fixed-wing UAV that can tilt its rotors to take off and land vertically. Sierra Nevada's UAV hardware and software expertise includes command-and-control, manned-unmanned teaming, visualisation and airspace management, and de-confliction technologies – much of that knowledge coming from the company's acquisition of Kutta Technologies in 2015.

Sierra Nevada and IAI join a growing number of companies worldwide launching new fixed-wing tactical UAVs with VTOL capabilities this year, including firms such as AeroVironment and Textron, as well as more than a dozen small start-ups.