Israel Aerospace Industries has signed a teaming agreement with India's Alpha Design Technologies, under which the partners will market and produce mini-unmanned air systems including the former's Bird-Eye 400 and 650 for Indian customers.

Announced on 11 February, the pact will lead to the production of such systems in India. "Integration of additional applications and subsystems will be performed by Alpha in India with IAI’s support," the Israeli company adds.

IAI's agreement is in line with the requirements of New Delhi's “Buy and make India” procurement category, saysShaul Shahar, general manager of the company's Military Aircraft Group. Potential customers for mini-UAS in the country could include the armed forces, other security agencies, the police force, coastguard and border security forces, IAI says. 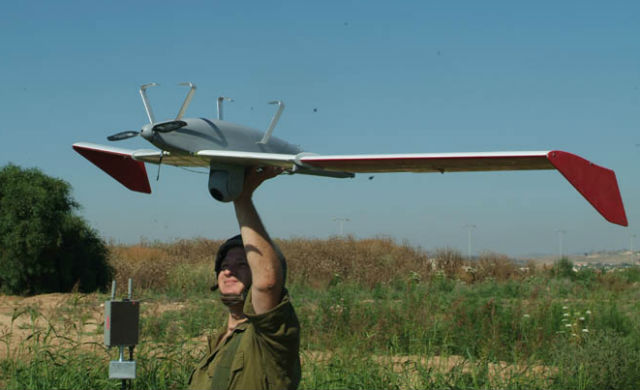 "Alpha will meet the huge market in India and will examine further, later exports by Alpha, through IAI to various countries,” saysH S Shankar, chairman and managing director of the Bengaluru-based company.

Meanwhile, IAI has announced plans to promote its full range of UAS capabilities at the Aero India show, which will start in Bengaluru on 18 February. This will include the medium-altitude, long-endurance Heron and the Harop loitering munition system already operated by the Indian military, as well as its Bird-Eye series and the in-development, vertical take-off and landing Panther.