Under the terms of the memorandum of agreement, the JV will see the companies develop, manufacture, and sell VTOL UAVs, starting with a system with a 200-300kg maximum take-off weight.

It will be developed according to the Korean customer’s needs, and the JV will aim for 90% “domestic localisation” in Korea.

Moon-soo Cho, Hankuk’s chief executive, says the company has been interested in entering the aerospace market for some time, and a 5% annual growth in the industry makes it a good time to do so.

"We see the upcoming JV as a great opportunity for both companies to expand their business,” Shaul Shahar, executive vice-president of IAI, adds. “With Hankuk Carbon’s composite material production capability and with IAI’s 40 years of experience and knowhow of UAVs, the joint venture has the potential to become a leading VTOL UAV company, and to provide the best solution to our customers in Korea and worldwide.”

The companies are also considering adding shipborne take-off and landing capabilities to IAI/Hankuk’s FE-Panther VTOL UAV, which will be available by the end of 2018. 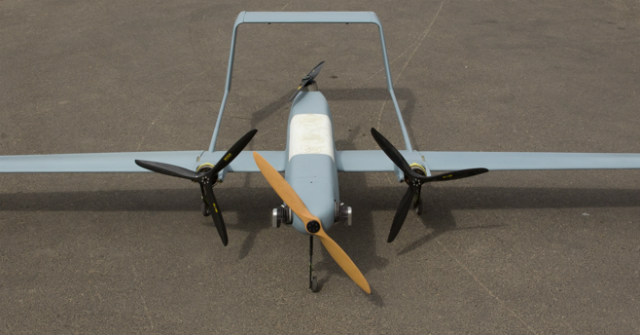 The UAV is powered by lithium polymer batteries and a gasoline engine, and has an endurance of 8h with 6kg payload. It has a 130km range and a maximum speed of 100km/h, and has an automatic VTOL capability.

Hankuk and IAI are also co-developing the hybrid propulsion system for VTOL UAVs funded by the Korea-Israel Industrial R&D Foundation.