The Israeli air force (IAF) is in the process of incorporating an automatic take-off and landing (ATOL) capability into its Israel Aerospace Industries Heron-1 and Elbit Systems Hermes 900 unmanned air vehicles.

The ATOL system is already used on the “White Eagle” squadron’s IAI Heron-TP UAVs, and is being introduced to the smaller unmanned aircraft following successful simultaneous operations with the TP amid bad weather conditions.

The ability to launch the large UAV without an external operator will give the squadron the flexibility required to perform an increasing number of missions amid growing demand for the capability. 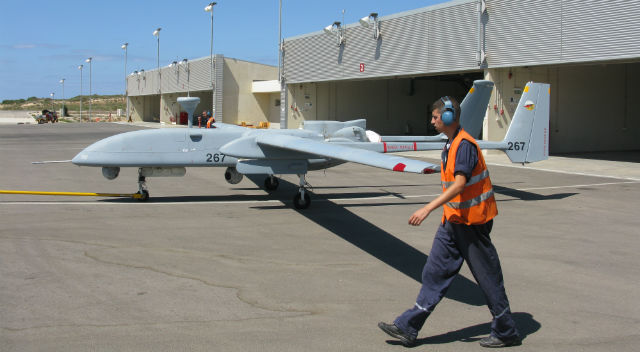 The White Eagle squadron is also to receive additional UAVs that, according to the IAF, will be "force multipliers" for the various missions the Heron TP performs.

Many of these missions are classified and require the use of combined payloads, according to the IAF.

In 2012 the White Eagle squadron was grounded for some months after a wing broke on a Heron TP during flight. After the IAF and IAI investigated the crash, changes were introduced to some operational and maintenance procedures.