The Italian air force has confirmed that it is in the process of acquiring the Rafael Reccelite reconnaissance pod and has its sights sets on the Selex Seaspray 7500E radar to upgrade its fleet of General Atomics MQ-9 Reaper unmanned air vehicles.

The Reccelite pods are being acquired through a direct sale with Rafael and are expected to reach full operational capability across the fleet of unarmed UAVs in 2016, Lt Col Lorenzo Rispoli, MQ-1 and MQ-9 programme office deputy lead for the Italian air force, told the SMi Unmanned Aerial Systems conference in London.

The radar would provide a wide-area surveillance capability for the Italian Reapers, but the acquisition is currently pending government approval.

“We are now working on developing new capabilities with the Reccelite pod, then will work on the integration of the Seaspray 7500E200 radar…to have it on board for surveillance,” Rispoli says. “Technically, we are ready to start the [radar] programme, but we are waiting for the budget approval.

“In the future, we want a multi-spectral capability, which is why we are developing the Reccelite and Seaspray capability.”

He adds that the air force is also considering increasing the size of its fleet of Reapers, which are operating at full capability in Afghanistan ahead of withdrawal in the coming months. 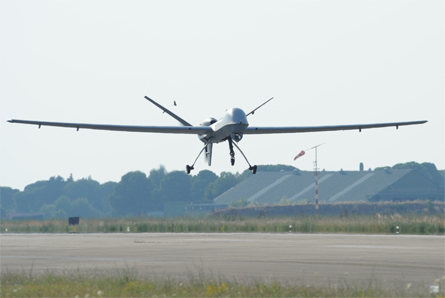 The air force is also actively involved in unmanned combat air vehicle (UCAV) development, including the €405 million ($504 million) pan-European, Dassault-led Neuron demonstrator, with 21% of the workshare provided by Italy.

This is ambitious and therefore risky, Rispoli notes, but is nevertheless a key area of development for the future of UAV use in Italy.

“The Neuron will probably fly in Italy next spring,” Rispoli says, adding that a flight would be likely to take place in Perdasdefogu in Sardinia.

The demonstrator is believed to have undergone weapons-delivery testing in 2014: “We’d like to have lots of different armaments on board, but we are waiting for the political go-ahead,” Rispoli says.

“We are shopping around for the right weapon.”

Rispoli expressed a desire to be involved in a tangible European UCAV programme that goes beyond a demonstrator. HE says 2015 should see the governments of France, Germany, Italy and the UK – to name a few – coming together to develop such a programme and communicate its requirements to industry.

“We’ve just started working on that,” he says. “Next year we will start to have conversations.”

The Italian air force is also considering carrying out stratospheric flight development and is trying to decide between hypersonic and lighter-than-air aircraft designs.

There is also the consideration by the air force of potential weapons integration on its unmanned aircraft: “We already have the assets – we just need the weapons and the politicians’ approval.” 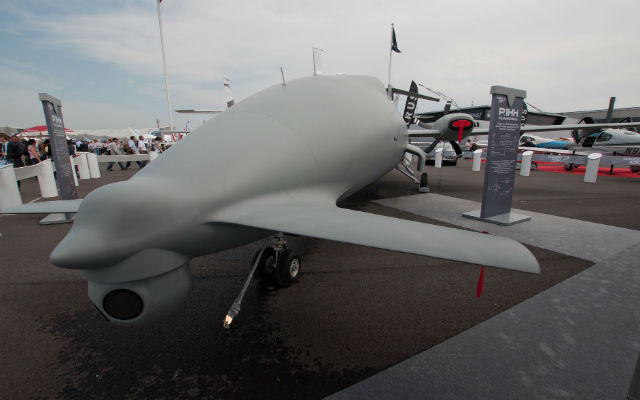 The Piaggio Aerospace P1HH Hammerhead, meanwhile, is being supported by the Italian air force, although it is not paying for its development.

“The Piaggio Hammerhead is a new challenge for us,” Rispoli says. “We are supporting the company in its development, watching what is going on while they fly the first prototype.”

Despite Hammerhead being touted as a potential replacement for the air force’s General Atomics Predator A UAVs that are currently being maintained for basic operations, Rispoli says there is currently no Italian requirement for the system, so it is likely to go straight to the export market upon completion.