Kratos Defense is gaining ground in the unmanned combat air vehicle (UCAV) market traditionally dominated by the world’s largest defence firms and privately-held General Atomics Aeronautical Systems in the USA, having captured at least one significant classified contract and most recently winning a place on the US Defense Advanced Research Projects Agency’s (DARPA) “Gremlins” project.

After purchasing Composite Engineering (CEi) of Sacramento, California – a firm that has captured the preponderance of aerial target drone contracts in the USA with its popular BMQ-167, MQM-178 and BMQ-177 products – Kratos is ready to “move up the food chain” and into the UCAV business permanently.

The company has already converted its BMQ-167A into an unmanned tactical aerial platform, or UTAP, that has been named the UTAP-22. Powered by a turbojet engine, the 6.1m (21ft) aircraft can travel at Mach 0.91 up to an altitude of 50,000ft, with a maximum range of 1,400nm with 3h of endurance. The platform has 45kg-capable hard points on each wing and a 159kg internal payload. 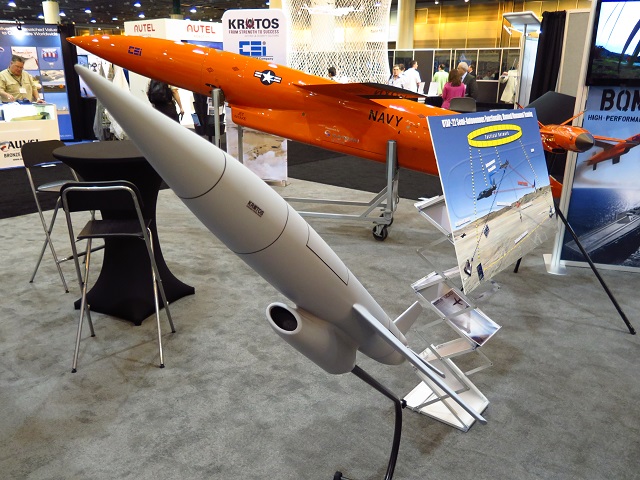 Jeff Herro, senior vice-president of business development for Kratos’ unmanned systems division, says Kratos “invested significant money in the UTAP-22” and has completed demonstrations with the US Navy. The tactical data link-equipped UTAP-22 can be networked with other weapon systems and has even flown in formation with manned aircraft. The aircraft lands on land or at sea using a parachute system.

“You can’t go tackle tactical UAVs from the get-go, from the jump,” Herro told Flightglobal at the AUVSI Xponential conference in New Orleans, Louisiana. “That’s not going to work with the kinds of competitors you’re dealing with. We really had to sneak into this marketplace, but we wanted to differentiate ourselves by having very high-performance unmanned aircraft. We decided we’d go after this niche market first – aerial targets – and cut our teeth on very high performance equipment. That was 15 or 16 years ago, and now we’re a dominant supplier of high-performance aerial target drones around the world.”

Herro says drones are inherently survivable because they are designed to mimic enemy aircraft or missiles and use complex manoeuvres to evade enemy defences.

“We can already survive in some contested airspace environments,” he says. “We’re just now moving into the missionisation aspects and we do have some other planes that we can’t talk about.” 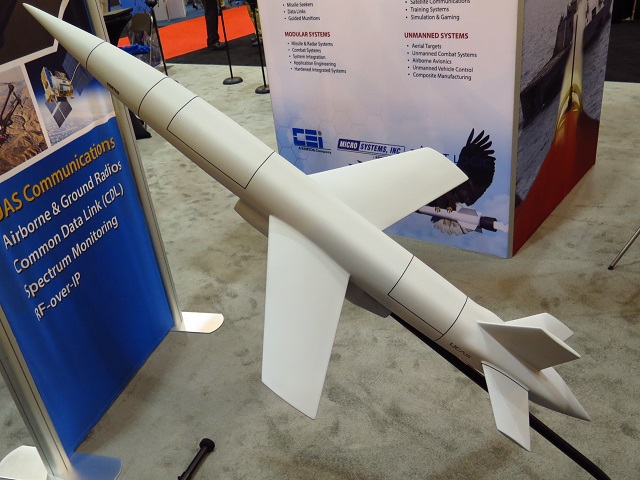