The Netherlands and aerospace services company Strat Aero have signed a letter of intent for the establishment of an unmanned air vehicle training facility focused on the General Atomics Aeronautical Systems MQ-1 Predator and MQ-9 Reaper.

The non-binding LoI was agreed between the company and Innovation Quarter – the economic development agency for the Dutch region of West Holland – Strat Aero announced on 12 January.

The parties involved hope to establish what they tout as northern Europe’s first UAV pilot training base; a location for which would be provided by the government.

The site will boast a runway some 2,440m (8,000ft) in length that will be available to all EU member states for training on fixed- and rotary-wing UAVs. The facility will also specifically provide a Northrop Grumman SandShark UAV trainer capability that will simulate Predator and Reaper UAVs.

Hanger capacity for six SandSharks, one MQ-1 and one MQ-9 will be provided, and training will be offered to both civil and military operators of UAVs. 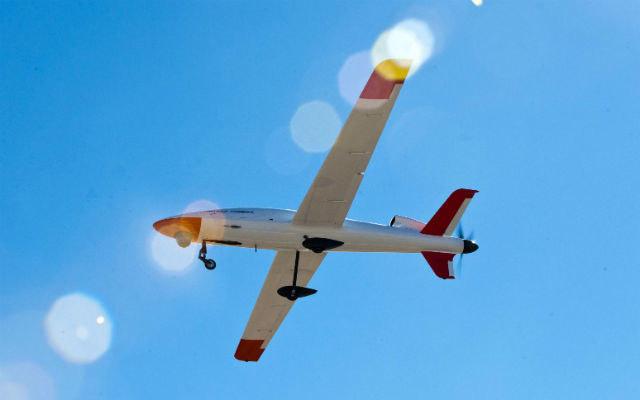 Strat Aero is expected to deliver proposals regarding the facility to the government in January, and a contract would then be released in the first few months of this year.

“With the number of commercial and military applications for UAVs forecast to increase significantly in the years ahead, the need to ensure operators are trained to the highest standards is paramount,” says Russell Peck, chief executive of Strat Aero.

“Our team has proven expertise in delivering solutions to both the government and private sector, as demonstrated by the establishment of a unique UAV pilot training facility in New Mexico and our co-operation agreement with a leading US defence contractor to operate a UAV pilot training programme.”