The Royal Australian Air Force (RAAF) is flying its Israel Aerospace Industries Heron unmanned air vehicle at RAAF Amberley in Queensland, marking the first time the aircraft has operated alongside manned military aircraft at one of its home bases.

The Heron is typically based at Woomera test range where it carries out training sorties, but for a short period it is operating from Amberley alongside the 24 Boeing F/A-18F Super Hornets from the service's 1 and 6 Sqns.

“For two weeks the Heron is taking off from RAAF Amberley and transiting through military airspace alongside other aircraft,” the air force says. 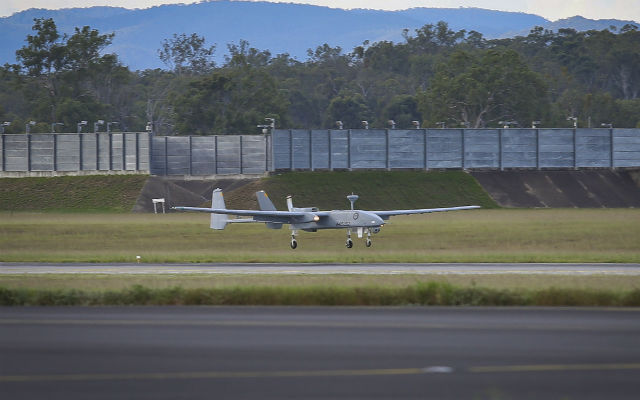 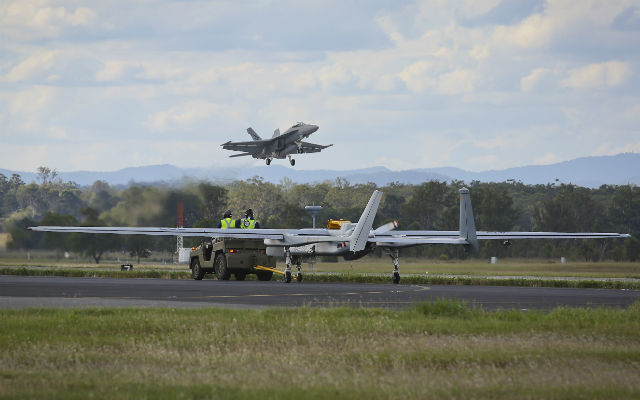 In 2015, the RAAF and Airservices Australia signed a memorandum of agreement to fly the Heron in civilian air space for the first time, with the milestone taking place on 24 June of that year at Rockhampton airport.

Australia operated the Heron in support of operations in Afghanistan, during which it gained some 27,000h of operational experience. The last Heron flight in support of the nation’s Operation Slipper took place from Kandahar air field on 30 November 2014.

Canberra is looking to acquire a new fleet of armed medium-altitude, long-endurance UAVs, although a procurement programme has yet to be launched.

However, personnel are integrated with US Air Force pilots training on the General Atomics Aeronautical System MQ-9 Reaper at Holloman AFB in New Mexico, to retain experience on operating UAVs of that class.

Additionally, the RAAF is planning to acquire the high-altitude, long-endurance Northrop Grumman MQ-4C Triton UAV, subject to the successful development of the type for the US Navy. Australia’s defence white paper, released in February, commits to the purchase of seven Tritons.