The MQ-1 Predator derivative launched from Yuma Proving Grounds in Arizona on 6 February, landing after two days during which it flew at an altitude of 10,000ft.

The XP is the export-specific variant of the UAV designed as a surveillance-only aircraft with no capacity to carry a weapon, and only flew for the first time in June 2014, when it carried out a “flawless” 35min sortie.

This is a record for both the unarmed XP type and the whole family of Predator UAVs, the company says. 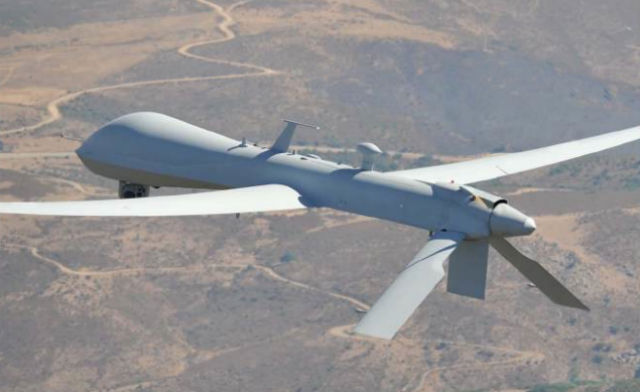 The United Arab Emirates became the first customer of the aircraft when it signed a $197 million contract for an undisclosed number of the type in 2013, and the first production type is expected to be delivered in 2016.

In February, General Atomics told Flightglobal that the US government had also granted it a DSP-5 export licence, enabling it “to engage in discussions with the government of India, as well as local industry, for the potential sale of Predator XP”.

However, a similar export request for the company to sell the XP to Jordan was seemingly rejected by the government, with General Atomics saying it deferred to the two governments for comment, but that it was “ready to support whichever decision is made”.

Meanwhile, General Atomics also announced on 12 February that it had carried out a flight test of a pre-production, fully-functional variant of its sense and avoid (SAA) air-to-air due regard radar (DRR) onboard the MQ-9 Reaper UAV.

The testing took place throughout December at the company’s Gray Butte flight operations facility and Edwards AFB, both in California. The MQ-9 flew a series of planned missions against small and medium-sized manned aircraft, during which the DRR tracked multiple targets while carrying out a wider surveillance of the surrounding area.

The purpose of the testing was to verify the DRR’s functionality onboard the Reaper, as well as its integration with the traffic alert and collision avoidance system (TCAS) II that is used on commercial aircraft.

“The collision-avoidance manoeuvres were automatically and successfully executed onboard Predator B to verify system functionality and validate hardware-in-the-loop simulations,” the company says.

The whole due regard capability is now at technology readiness level (TRL) 7, it adds, and is ready for customer operational test and evaluation.

The company’s broader SAA system, which integrates the DRR and TCAS II capabilities, is currently at TRL 6.

The integrated SAA system will fly aboard NASA’s Predator B variant – the Ikhana – in 2015 in support of a series of flight tests that will measure the performance of the entire system in a variety of situations, General Atomics adds.