Northrop Grumman is in talks with a number of Asian countries regarding the possible sale of its MQ-8 Fire Scout unmanned rotorcraft on the back of a successful deployment aboard US Navy Littoral Combat Ships (LCS).

A number of interested parties have been to the US to observe both the B- and C-models of the Fire Scout, respectively based on the Schweizer 333 and the Bell Helicopter 407, and there is interest in both land- and ship-based operations using the platform, says Northrop. 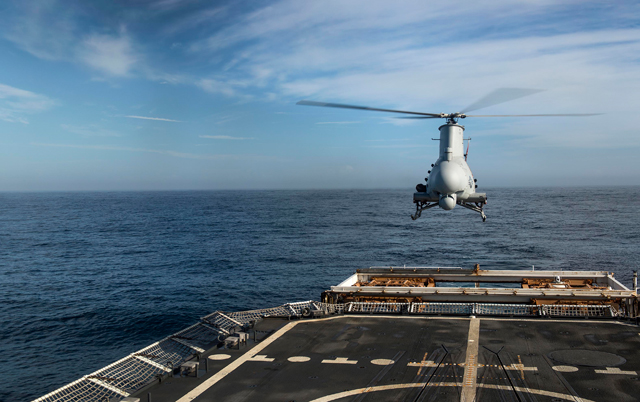 “We’re being pulled in some cases, when our allies hear about our success with the domestic programme, to talk about the capabilities and what it could bring to their national security interests,” says Flory Ellis, director of Asia Pacific Fire Scout for Northrop. “In other cases we had an opportunity to go out there and educate customers on the capabilities of the system.

“We have the benefit of having a couple of different platforms that can be tailored to different countries’ requirements.”

Ellis says that the most likely acquisition route is through the USA's Foreign Military Sales mechanism for a surveillance-only aircraft, as weapons integration is not currently part of the export discussions.

The larger and more capable MQ-8C is currently in development testing, which will result in qualification trials aboard an LCS later this year. 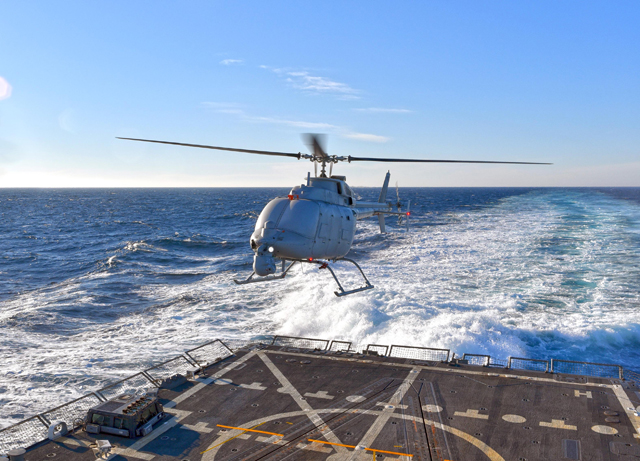 The navy is also in the process of choosing a new radar for the C-model, with downselection expected in March or April. Northrop will then be awarded an integration contract.

Future developments include the addition of BAE Systems' Advanced Precision Kill Weapon System - already fielded on the MQ-8B - onto the C-variant.