The number of daily US Air Force unmanned air vehicle combat air patrols (CAPs) reached its peak in 2015, but such demand, and the resulting manning shortages, have put extra strain on surveillance operations.

As a result of the demand for remotely piloted aircraft (RPA) to carry out intelligence, surveillance and reconnaissance sorties for the air force, the number of daily CAPs has risen threefold, to a peak of 65 in 2015, from 21 in 2008, the USAF says.

However, the number of CAPs then dropped at the end of last year to 60, “allowing manning in the RPA community to stabilise and meet the current demands”, the service adds.

"The demand for CAPs and RPAs has gone up so radically, the ramp has been so high, we haven't normalised and built a system to meet the demand," Gen Herbert Carlisle, commander of the Air Combat Command, says.

The air force says requests for RPA support are “at an all-time high”, and even with personnel supporting the high operational tempo, UAV operations are faced with manning shortages and resource constraints “and thus are unable to provide every friendly on the ground with RPA support”. 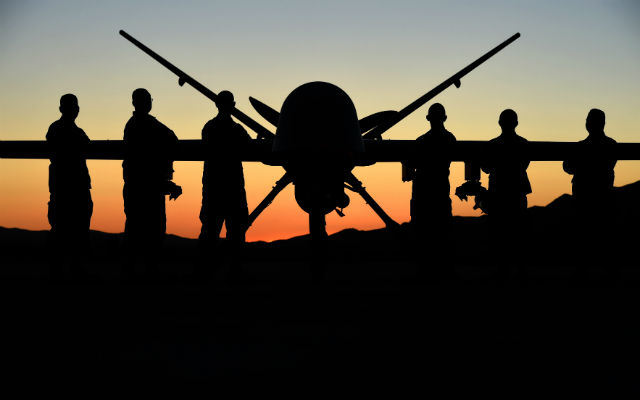 The shortage of pilots for USAF General Atomics Aeronautical Systems MQ-9 Reaper and MQ-1 Predator UAVs was first highlighted in a Government Accountability Office report released in May 2015, since when the USAF has looked to rationalise its approach and increase access to pilot training.

“After careful consideration, and with an eye toward potential future force needs, service officials plan to deliberately integrate the enlisted force into flying operations, starting with the RQ-4 Global Hawk,” the air force said last month.

“What we learn from flying Global Hawks with enlisted pilots, under the supervision of rated officers, will inform whether we apply a similar approach to other weapon systems,” USAF chief of staff Gen Mark Welsh added. “It is too soon to speculate on any expansion of enlisted aircrew beyond the Global Hawk programme.”