The fixed-price, incentive-firm target contract provides for the design, development, fabrication, test, delivery and support of the MQ-25A unmanned air vehicles, including integration into the carrier air wing for an initial operational capability by 2024.

By winning the UAV tanker contract, Boeing beat out proposals from Lockheed Martin and General Atomics Aeronautical Systems. Both of those companies chose to not build a prototype before the award was announced, while Boeing manufactured a full-scale and functional aircraft, which demonstrated carrier deck taxiing but has not yet make its initial flight test. 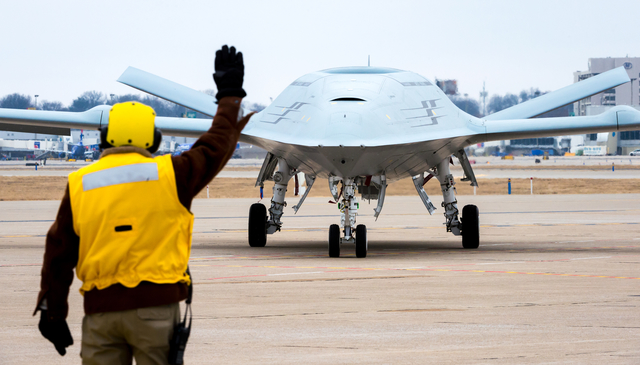 A carrier-based UAV tanker would allow the USN to extend the range of its manned aircraft, including the F-35 Lightning II, F/A-18 Super Hornet and EA-18G Growler. The service has become anxious about the range of its fighters because adversaries such as China and Russia have developed anti-ship cruise and ballistic missiles which could force carriers to keep their distance from the battlespace.

The MQ-25 is an accelerated acquisition programme intended to speed along decisions with less overhead, says the USN. Ultimately, by focusing key aircraft performance parameters to mission tanking and carrier suitability the service believes it will reduce development time from contract award to initial operational capability by five to six years.