The US Navy’s new Northrop Grumman MQ-8C Fire Scout unmanned air vehicle has been flown at sea for the first time, carrying out 22 take-offs and precision landings from the destroyer USS Jason Dunham.

The aircraft was delivered to the USN at the beginning of December, following 12 months of land-based testing at Point Mugu, California, which led on to the dynamic interface testing that will help clear the aircraft for routine ship-board operations.

"The MQ-8C Fire Scout's flights from the USS Dunham represent a significant navy milestone,” says Capt Jeff Dodge, Fire Scout programme manager at Naval Air Systems Command. “This is the first sea-based flight of the MQ-8C, and the first time an unmanned helicopter has operated from a destroyer.”

George Vardoulakis, vice-president for medium range tactical systems at Northrop Grumman, adds: "These dynamic interface tests are an essential part in clearing the operational envelope of the system, and are proving the system's ability to operate off any air-capable ship.

"We are on track to validate all of the critical performance parameters of this navy asset and ready the system for deployment and operational use." 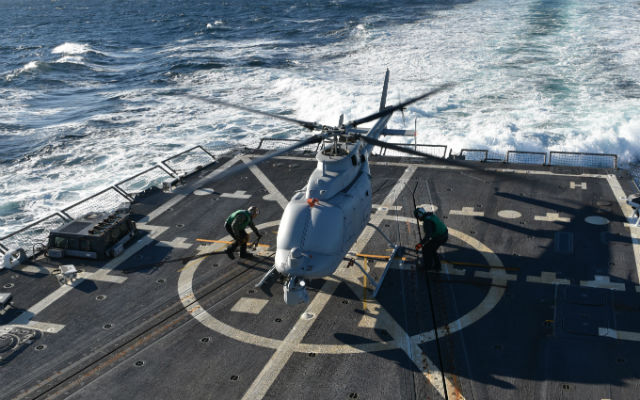 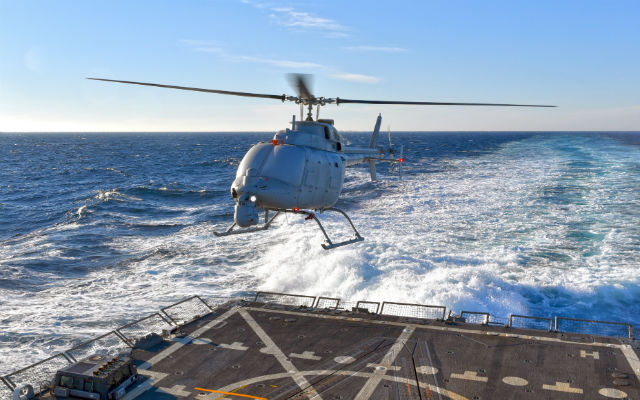