The crash, which occurred on landing during a snowstorm and at night, injured 25 of 138 passengers and crew on Air Canada flight 624 from Toronto.

It also led Air Canada to file a lawsuit against Airbus.

The aircraft (registration C-FTJP) drifted below its intended descent angle, striking lights, power lines and the ground ahead of Halifax Runway 05.

The carrier did not require pilots to monitor altitude and distance from the runway when the aircraft was beyond the final approach fix and flying in "flight path angle guidance mode", says the TSB's report.

That mode guides the aircraft along the flight path angle target – but wind variations and turbulence can lead the aircraft to drift from the target, says the board.

If the aircraft drifts below the approach target, the autopilot continues the decent at the same angle – but below the original path, horizontal to it, says the TSB. 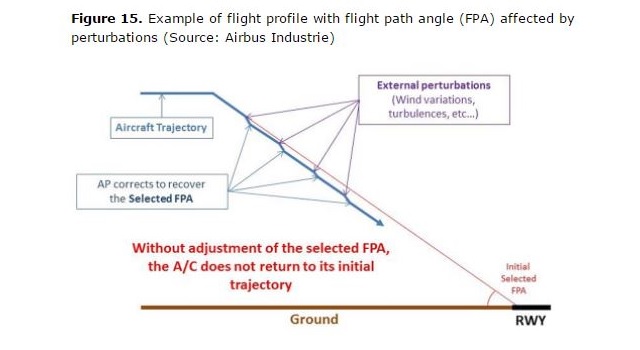 Such was the case with flight 624, which approached Halifax to land at about 00:30 local time in poor visibility.

In addition, despite a request from the crew, airport control tower staff were preoccupied with other airport movements and did not turn the airport lights to their maximum settings, the TSB adds.

The pilots saw runway lights at the minimum descent altitude and continued the approach, expecting the lights to become more visible.

In the final seconds of flight, the pilots disengaged the autopilot for landing, then realised they were too low.

"Although they initiated a go-around immediately, the aircraft struck terrain short of the runway," says the TSB.

The aircraft struck runway lights, power lines and snow-covered ground about 226m before the threshold of runway 05.

It then struck the localiser antenna, hit the ground twice more and slid along the runway, stopping 579m beyond the threshold, says the TSB. 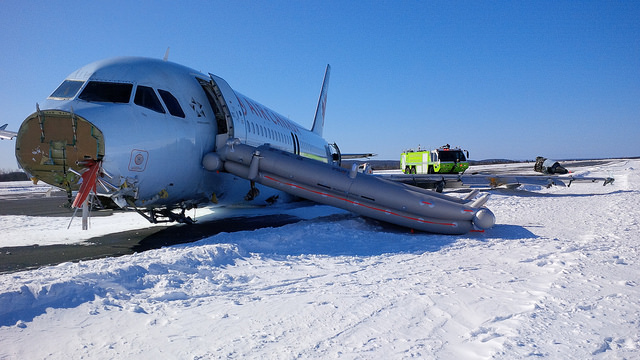 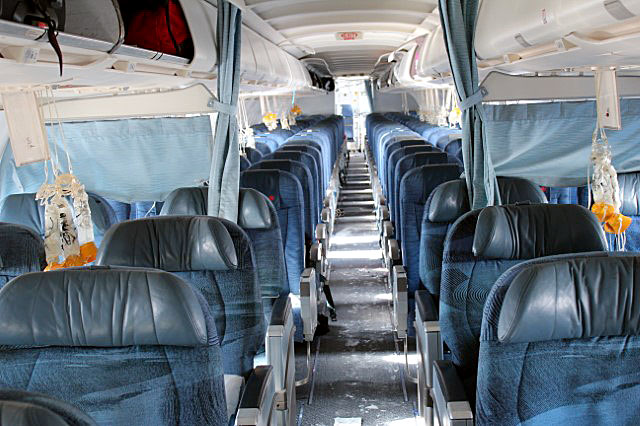 The aircraft was written off as a total loss, according to Flight Fleets Analyzer.

In response to the accident, Air Canada provided pilots more-specific guidance related to visual references and warned of limitations to the autopilot and vertical navigation when using the aircraft's flight path angle mode, the TSB says.

The carrier also now requires instrument monitoring when below the minimum descent altitude, it adds.

Air Canada confirms in a media release that it made changes highlighted by the TSB, adding that it also is outfitting all Airbus narrowbodies with GPS and upgraded ground proximity warning technology.

Airbus says it will not comment about the TSB's findings because of a pending legal case.

Nearly two months ago, Air Canada filed a lawsuit against Airbus, claiming that failures by the manufacturer contributed to the 2015 crash.

Airbus "failed to clearly identify the shortcomings of the aircraft, in particular, the absence of a system to detect or correct a deviation from the planned and selected flight path angle", Air Canada said in court papers filed with the Supreme Court of Nova Scotia on 28 March.

Airbus "failed to adequately advise that in certain conditions the aircraft's flight path angle could be affected by external forces," documents say. "The defendant failed to incorporate a warning system to alert pilots to a deviation from the planned and selected flight path angle."