Having examined the recent safety performance of oil and gas industry support helicopter operations in the UK sector of the North Sea, the UK parliamentary transport select committee has called for an independent public inquiry.

The committee made the call on the grounds that the UK Civil Aviation Authority “did not consider the evidence that commercial pressure impacts on helicopter safety”.

In a report, the committee adds that the “role and effectiveness” of the CAA also needs to be independently reviewed.

However, the committee does not question the CAA’s technical expertise, nor the Air Accidents Investigation Branch’s conclusions in recent accident investigations.

While the report says it welcomes the CAA review of offshore operations published in February, which contained 32 recommendations for improvement – particularly in ditching survivability –the committee says there are areas neither agency has addressed.

Of the CAA’s recommendations, the report says: “The CAA now needs the co-operation of the oil and gas industry, helicopter operators and EASA to ensure its recommendations are carried through to conclusion.”

The committee says its own study is a reaction to the fact that UK North Sea helicopter operators providing support to the offshore oil and gas industry have suffered five serious accidents since 2009 – two of them fatal.

This has resulted in concerns among the oil rig workforce about the safety of the industry as a whole – and of the Airbus Helicopters AS332 Super Puma fleet in particular – and this concern has not been adequately addressed.

The report says: “We were disheartened to learn of instances that reflect a ‘macho bullying culture’,” in which worried workers were told if they disliked the risk they should leave the industry.

“We were extremely concerned to hear about how crash survivors wearing safety equipment struggled to evacuate through egress windows after helicopters capsized in the sea,” the committee adds. “The CAA must set out how it will address that key issue as a matter of urgency.”

Another major concern, says the committee report, is the lack of standardisation in operating procedures. This is driven by differing customer requirements, which the operators strive to meet, but it forces crews to operate different procedures for different customers. 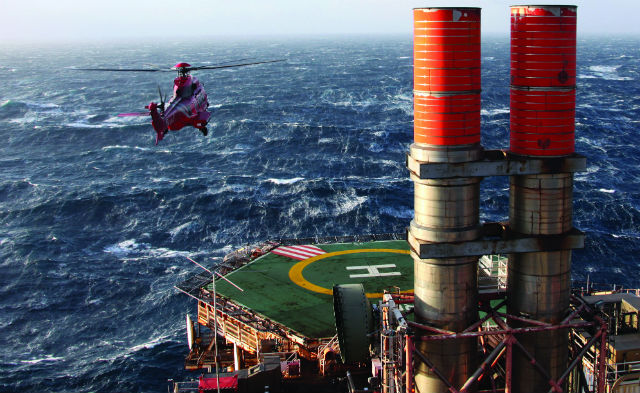 North Sea helicopter safety is under scrutiny from all directions

The committee notes that there is much greater operational standardisation in the statistically safer Norwegian sector. The report adds: “The CAA must use its chairmanship of the [newly formed] offshore helicopter safety action group to lead the standardisation of customer requirements for helicopter operators.

“This is as an opportunity for the CAA to demonstrate its ability and willingness to stand up and lead industry in reducing risk during helicopter operations.”

Although the committee says there is insufficient evidence to dismiss the CAA’s claims that there is no “significant” difference in safety statistics or operating practices in the UK and Norwegian sectors, the report notes a difference in reporting culture.

“The CAA identified a worrying difference between Norway and the UK in occurrence reporting, but it acknowledged that more work is required to explain it,” the report states. “The CAA must undertake a joint review with its Norwegian counterparts to uncover why more occurrences are reported in Norway, despite its smaller fleet, and publish its findings within 12 months.”

Mandatory occurrence reporting has been a part of the British system for years, and was introduced by the Norwegians relatively recently – but from that standing start Norwegian operators have apparently set up a system more open to participation.

The committee was particularly shocked by the discovery that a standard pre-flight briefing for passengers on the use of emergency breathing systems (EBS) was out of date and thus inaccurate, adding that this demonstrated complacency among operators and at the CAA.

The report, referring to the death by drowning of four passengers in the 23 August 2013 Sumburgh accident, says: “Pre-flight briefing material must accurately describe how to use safety equipment.

“It is deeply disturbing that it took a fatal accident before the flawed EBS briefing was identified. The CAA must ensure that helicopter operators regularly review all safety briefing material to ensure it is up to date.

“In addition, the CAA must consult the offshore workforce to ensure that safety briefing material is easily understood and fit for purpose.”

In fact, the committee makes it clear it believes the CAA and AAIB do not consult survivors and system users to the extent they should, adding: “The AAIB must keep crash survivors informed on the progress of investigations.

“The CAA could learn a great deal by meeting survivors and considering their experiences. For example, survivors' suggestions on enhancing the visibility of equipment are compelling, and are drawn from personal experience.

“More widely, the oil and gas industry must examine the experiences of crash survivors. In particular, more must be done to address the financial and psychological anxiety of survivors who cannot [face the journey to] work [after the accident].”

One area of agreement between the committee, the CAA and the AAIB is that there is no cause to conclude that the Super Puma is more of a safety risk than its competitor. This is despite the fact that all five UK accidents since 2009 have involve variants of that marque.

The committee says: “[Super Pumas] make up some 60% of the offshore helicopter fleet, which means that it is unsurprising they are involved in more accidents than other models.

“We heard no conclusive evidence that Super Puma variants are less safe than other helicopters used in the UK offshore sector.”

However, the report reveals a lack of confidence in EASA, citing “regulatory inertia”, and calls on the CAA to take leadership – and for the UK government to give it that power – in the event of European failure to act.

Finally, the committee gives its reason for calling for a full independent public inquiry: “The CAA review did not consider the evidence that commercial pressure impacts on helicopter safety in sufficient depth.

“The government must convene a full, independent public inquiry to investigate commercial pressures on helicopter safety in the North Sea operating environment.”