Daher will unveil at least two aircraft at a dedicated event on 5 April at its Tarbes, southwest France headquarters.

One of the models will be an upgraded version of its TBM 900, Daher says, but mystery surrounds the identity of the other aircraft.

The French airframer has made no secret of its intention to expand its single-aircraft product line, and is believed to have been working on new designs for some time.

The programme is unlikely to be a business jet, however. Daher made a brief foray into this sector in 2011 when it considered acquiring the Grob SPn from its Swiss owner Allied Aviation Technologies. It pulled out of the purchase following an unsuccessful, year-long evaluation of the light twinjet, and has since frequently declared its intention to stick to propeller-driven products.

A likely candidate could be a stretched version of the six-seat TBM 900 to compete alongside designs such as the Cessna 208 Caravan, Pilatus PC-12NG and Quest Kodiak. 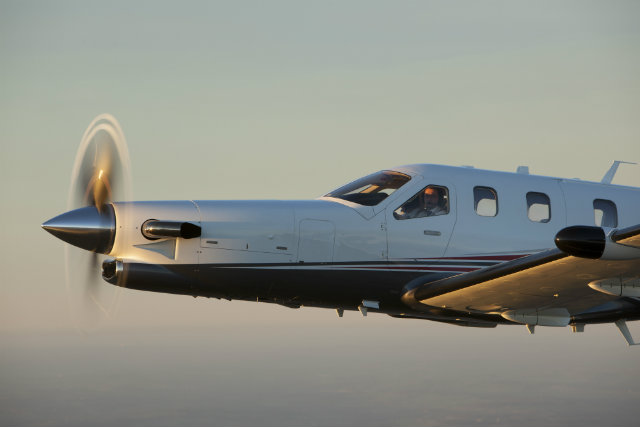 Three generations of the high-performance TBM-series have been introduced since the programme's launch in 1990, and the series is approaching its 800th delivery milestone.

The current iteration – the TBM 900 – entered service in 2014 as an upgrade to the TBM 850. The 2016 model incorporates features to enhance flight envelope protection, improve warning identification and facilitate flight planning, says Daher.

The enhancements were introduced with Garmin's new software release for the G1000 V15 avionics suite – which forms the basis of the TBM 900’s all-glass cockpit.