Dassault has provided more details on its planned Falcon 900 maritime patrol aircraft (MPA), being promoted to India and other potential export customers as a low-cost alternative to larger aircraft such as Boeing’s 737-based P-8A Multi-mission Maritime Aircraft and surplus Lockheed Martin P-3 Orions. 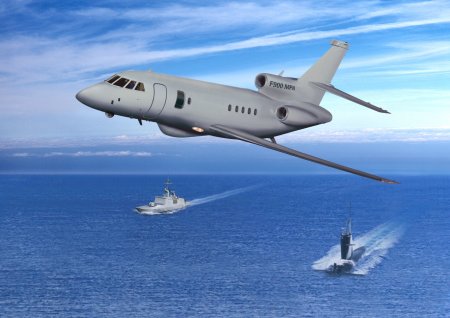 The aircraft will also be equipped with underwing pylons for the possible carriage of weapons and carry electronic countermeasures for self-protection.

Dassault has launched a promotion campaign aiming the Falcon 900 at maritime patrol applications following the termination of its proposed development of an ATL3 version of the Atlantique MPA. The military derivative will retain the 900DX’s Dassault-developed EASy glass cockpit and have an on-station endurance of around 3h when operating 2,200km (1,200nm) from its land base, the company says.