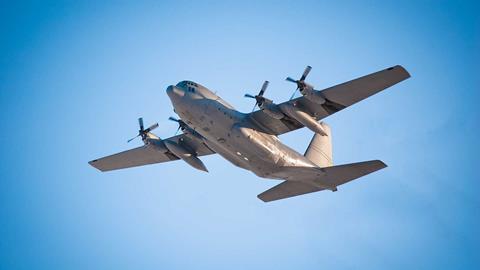 “Included in the avionics upgrade is a full glass cockpit with new primary flight displays that provides commonality to many other C-130 users as well as commercial aircraft.”

Following the upgrade work, the aircraft will have modern glass cockpits, and comply with the latest ICAO standards. Collins adds that Flight2 is highly customisable, and that 1,000 Flight2 upgrades have taken place globally across a range of aircraft types.

Separately, Indonesian Aerospace announced that it and Honeywell have signed a deal to provide Indonesian C-130s with the US firm’s Military Airborne Collision Avoidance System.