Manama in November 2018 confirmed an order for the new rotorcraft via Washington’s Foreign Military Sales mechanism, at that time saying that deliveries would begin in the second half of 2022. 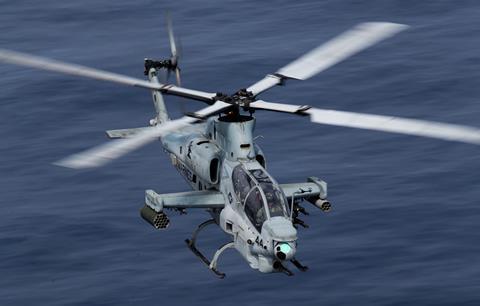 The new Royal Bahraini Air Force assets are being manufactured as part of the US Department of Defense’s Lot 16 production batch of the AH-1Z – a type currently only operated by the US Marine Corps.

“Bell projects production deliveries to begin in late-2021,” the company said on 12 April, after hosting a delegation of Bahraini officials at its Amarillo site in Texas on 31 March.

“Delegates toured the facility to observe the production line and ceremoniously sign the [first] aircraft’s frame,” it adds. 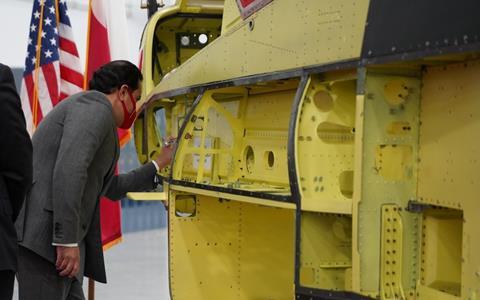 Pakistan also previously ordered the AH-1Z, but its 12-aircraft deal failed to advance due to export restrictions imposed against Islamabad by the US administration. The Czech Republic is in the process of acquiring four of the type.