Hindustan Aeronautics (HAL) and Israel Aerospace Industries (IAI) have signed an agreement related to the possible conversion of commercial aircraft into tankers in India. 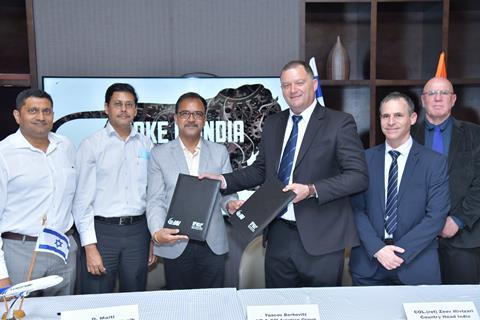 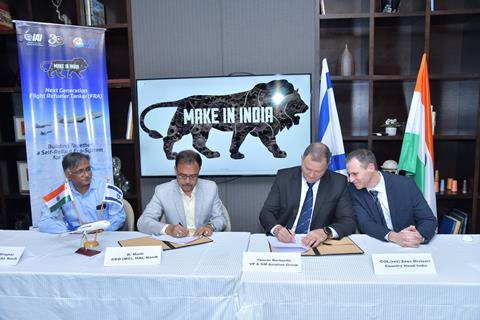 “Under the pact signed recently, HAL will convert pre-owned civil (passenger) aircraft into air refuelling aircraft with cargo and transport capabilities,” it says. “The move will provide India’s defence ecosystem with new capabilities and cost-effective solutions in the market.”

The Multi-Mission Tanker Transport (MMTT) agreement was signed in New Delhi by representatives of HAL and IAI.

“We are proud to come together with our counterparts to bring our best value MMTT solution in India, while utilising local resources to manufacture and market the platform,” says IAI president and chief executive Boaz Levy.

“By collaborating with HAL and bringing conversion directly to India, we are supporting the ‘Make in India’ campaign”.

HAL did not state the type of aircraft that would undergo conversion, but previously IAI has proposed converting Boeing 767s for Indian tanker requirements.

Whether the pair actually will conduct any conversions would appear to depend on securing an Indian government contract for new tankers.

Twice India has selected the Airbus Defence & Space A330 multi-role tanker transport (MRTT) to provide a modern tanker capability, but both times the deal has fallen through – most recently in mid-2016 when India’s request for proposals was withdrawn, supposedly on cost concerns.

Should India launch a new tanker requirement, the joint HAL/IAI team will likely see competition from Airbus with the A330 MRTT. The European company also has a potential local partner owing to its ties with Tata Advanced Systems, which will produce the C295 tactical transport locally to replace HAL-built HS 748s.

Boeing has also previously expressed interest in pitching the 767-based KC-46 for any Indian tanker deal. At the 2017 Aero India show, the US company had a simulator of the air-to-air refueller’s operating station on its stand.

While New Delhi’s tanker plans are not clear, it is apparent that this is a weak point for the Indian air force. Cirium fleets data indicates that the country has a small dedicated tanker fleet in the form of six Ilyushin IL-78Ms that have an average age of 18.2 years.