HAL has received the necessary approvals, and funding allocations are being made. The Indian air force and navy are believed to have backed the effort, designated Combat Air Teaming System (CATS). 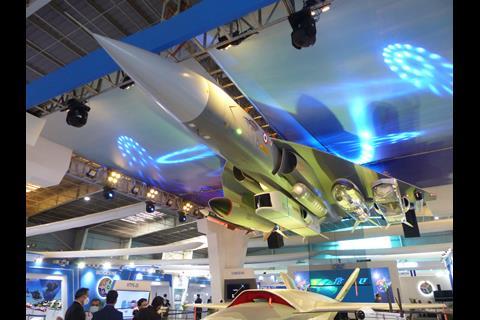 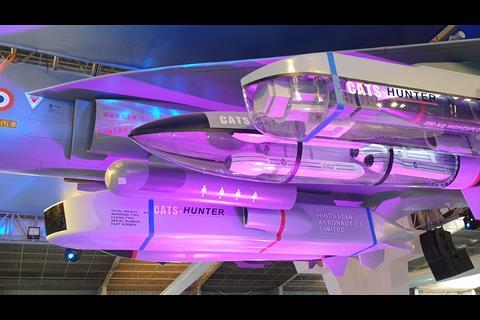 CATS Hunter pods will be able to carry various munitions 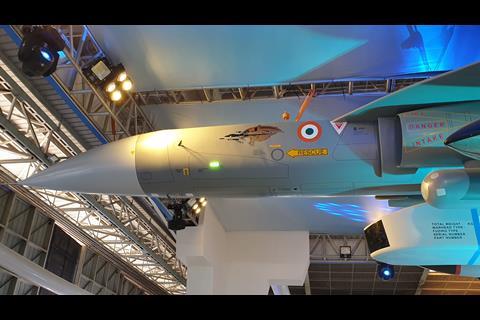 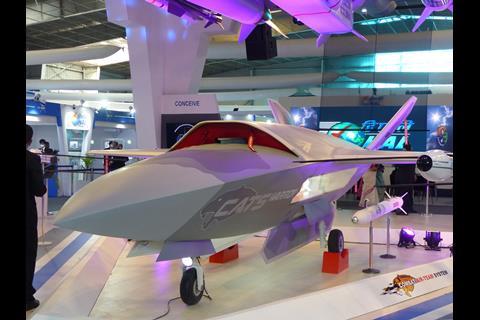 He adds that preliminary design work has been completed. Thakur says that the Tejas twin-seat trainer is being optimised as part of a manned-unmanned teaming concept, as this variant still has some growth potential.

“Work is now being done to define the requirements for a future cockpit for the type capable of handling the workload,” Thakur says.

As part of CATS, future variants of the Tejas Mk-1A will act as a ‘Mothership for Air teaming eXploitation’ (MAX) and will be modified with additional command and control interfaces for this purpose.

Another element involves swarming UAVs called CATS ALFA (Air Launched Flexible Assets), which can be launched from CATS-MAX and work as a swarm of weaponised drones, as well as the CATS Hunter multi-purpose weapons carriage system.

A high-altitude, long-endurance UAV is also being considered as part of CATS.

Much of the work is being done by HAL, which is also partnering with Indian start-ups to deliver the programme. Scale models are expected to begin testing in the near future. Since the Tejas lacks an operational datalink, HAL is looking to integrate an indigenous datalink that is being tested on the Hawk-i – a locally modified version of the BAE Systems Hawk 132.

The powerplant selected for the CATS Warrior is HAL’s PTAE-7, which will be uprated with FADEC controls and new long-life parts. The PTAE-7 was originally developed in the late 1980s as a powerplant for target drones.