Korea Aerospace Industries (KAI) and Lockheed Martin have entered into an agreement to enhance the international marketing of the T-50 advanced jet trainer.

“The agreement escalates an exclusive strategic cooperative partnership for T-50 marketing between the two companies and has consolidated its commitment to cooperation,” says KAI. 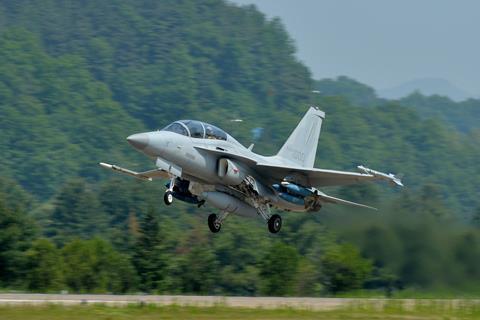 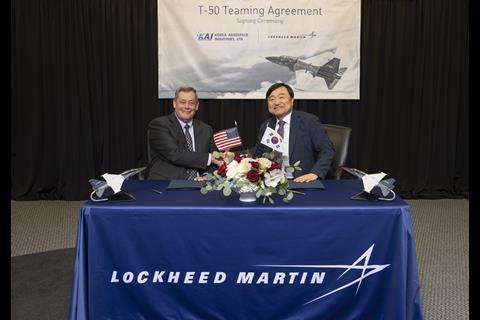 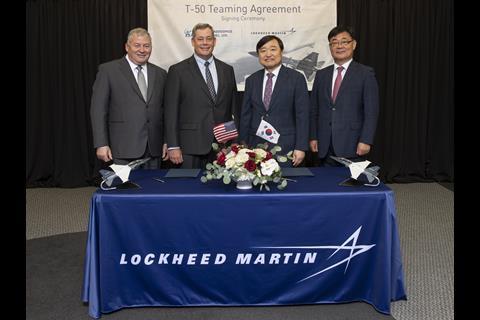 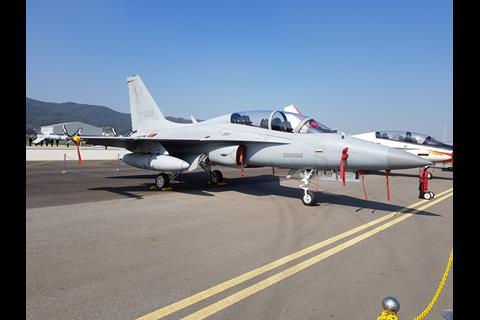 Lockheed was heavily involved in the development of the T-50. Lockheed had put forward the T-50A as the successor for the Northrop T-38 in the US Air Force’s (USAF’s) long-running T-X competition, but the jet lost out to Boeing’s clean sheet T-7, which was developed with Saab.

KAI says that the deal with Lockheed will help the T-50 to compete in upcoming competitions such as USAF and US Navy requirements for additional trainers, the Canada Future Fighter Lead-In Training (FFLIT) programme, and other opportunities globally.

It adds that South Korea’s government and the country’s defence sector aim to export 1,000 T-50s internationally.

“With signing of the teaming agreement, we will be able to begin various competitive enhancement activities between the two companies, and I have confidence in exporting 1,000 units worldwide, including the US market, and share the important role of expanding [Korea defence] exports,” says KAI president Anh Hyun-ho.

Despite the disappointment of losing T-X, the T-50 family – which includes the FA-50 light attack jet – has enjoyed success both in South Korea as well as internationally.

Cirium fleets data indicates that there are 210 T-50 variants in service globally, of which the majority (146) serve with the Republic of Korea Air Force. International operators include Indonesia, Iraq, the Philippines, and Thailand. Lockheed is also listed has operating two examples.

“The T-50 is a proven aircraft programme that reduces the learning curve for new pilots and gets them flying operational sorties faster,” says Lockheed vice-president Aimee Burnet.

“We are proud to continue to partner with KAI on the T-50 to leverage our collective experiences to train the next generation of pilots to fly, fight and win.”