The work sees the new radar mounted on a Boeing 737 test aircraft, says DAPA. Over a total of 50 flights, 62 items will be tested. 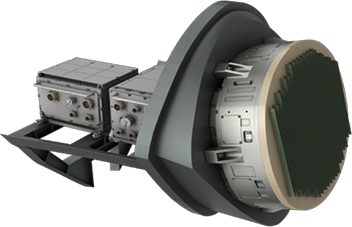 The AESA set for the KF-21 fighter

It adds that modes such as air-to-air and synthetic aperture radar will be examined.

“We will make sure that the KF-21 AESA radar is successfully developed through continuous and close cooperation with relevant organisations such as the National Defense Science Research Institute and the [Republic of Korea] Air Force.”

This marks the second flight campaign for the radar, which was unveiled in August 2020. In April 2019, airborne tests of the KF-X’s AESA hardware systems, including the transmit-receive antenna and the power supply unit, took place in South Africa attended by KF-21 developers from the Korea’s Agency for Defense Development, Hanwha and KAI. 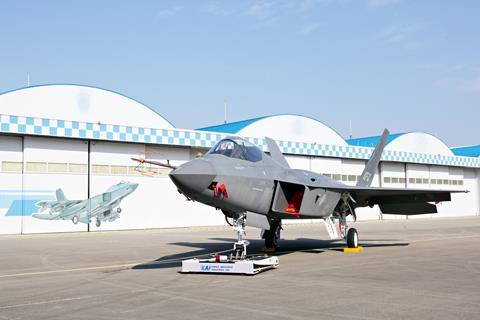 Though DAPA does not provide details of the specific 737 involved in the work, it appears to be a 737-500 bearing the registration ZS-TFJ (MSN 26541), and operated by South Africa’s Aircraft Instrument and Electronics.

Cirium fleets data suggest that ZS-TFJ is the only 737 registered for experimental work in South Africa. Moreover, flight tracking sites show that it arrived at Seoul Incheon on 6 March, having flown from Pretoria via Johannesburg, Port Louis, Hambantota, and Da Nang.

Seoul aims for the KF-21 to conduct its first flight in 2022, with service entry in 2026. Powered by two GE Aviation F414s, the KF-21/IF-X is a joint programme between South Korea and Indonesia.

Seoul is expected to take 150 examples, and Jakarta 50. KAI also has ambitions to pitch the type on the international fighter market.